Relax and let your mind accept yourself as you truly are. This simple self hypnosis exercise is going to help you feel wonderful about dressing.

On a fine spring morning like this I often feel compelled to go out and have a jog around the local park and then return for a refreshing morning shower. This morning I did so, with a spring in my step and a discrete bulge in my yoga pants.

After working up a little bit of a sweat running and watching a few of the dog walkers out in the park playing with their balls, (calm yourself Amber in Colorado), I got home, turned on the shower and stepped under the warm stream of rejuvenating water.

I think I smelled as lemon fresh as a grove of lemon trees beside a soap factory when I stepped out of the shower. By the time I sat down at the computer in the kitchen I was ready for anything.

After I opened up my computer two things immediately caught my attention. The first was a delightful email from Kay Lee, who sent this lovely picture. I’m sure you’ll agree she looks delightful.

The second was a drop of water beside my ‘Return’ key on the computer. A moment later there was another. Looking up, I could see a slightly indiscreet stain on the ceiling where some water was seeping through. I moved my computer away from the drip, and then called Sylvester, who is so handy at these things.

Sylvester is such a darling. He hurried round, parking in my wife’s slot, and used my rear entrance. She’s away travelling – I believe she’s in Patagonia this week (wherever that is).

After a lot of huffing and puffing and bending over in the shower he declared very excitedly that he thought he’d have to squirt some mastic in my crack. I felt quite nervous at the suggestion. I’m really not sure what mastic is, but if it helps I guess I will just have to succumb.

Anyway, he’s up there now getting ready. I may have to go and change in a moment. I do hope he takes the proper precautions!

Have a great day.

Most crossdressers enjoy their activities in a somewhat private way. Unlike ‘drag queens’ they feel a sense of privacy adds to their enjoyment, and definitely don’t wish to step outside of their comfort zone unless there is a well established confidence already built. 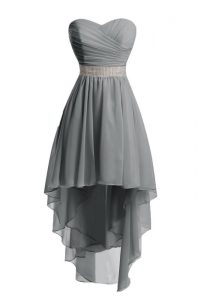 While this isn’t the case for everyone, it’s certainly the case for many of my members. I was saying to Sebastian just this Wednesday, as he was helping me adjust my yoga position, I feel an intimate connection with every one of my members. I feel that I understand their struggle and their joy. And it’s a path that’s sadly not understood by many. Even as Sebastian helped me into an inversion, I said that the connection is one that is deep and very personal.

With that in mind, I thought I’d talk this week about wearing some clothes somewhat less associated with crossdressing. I think we all agree that lovely soft evening gowns are very beautiful. For the average woman, there’s a desire to wear them out and be seen. Ironically, because crossdressers tend not to want to go outside in such a public exposure (at least in the early part of their journey), this is an activity that is denied us by society.

In the meantime, sometimes you have to learn to be invisible.