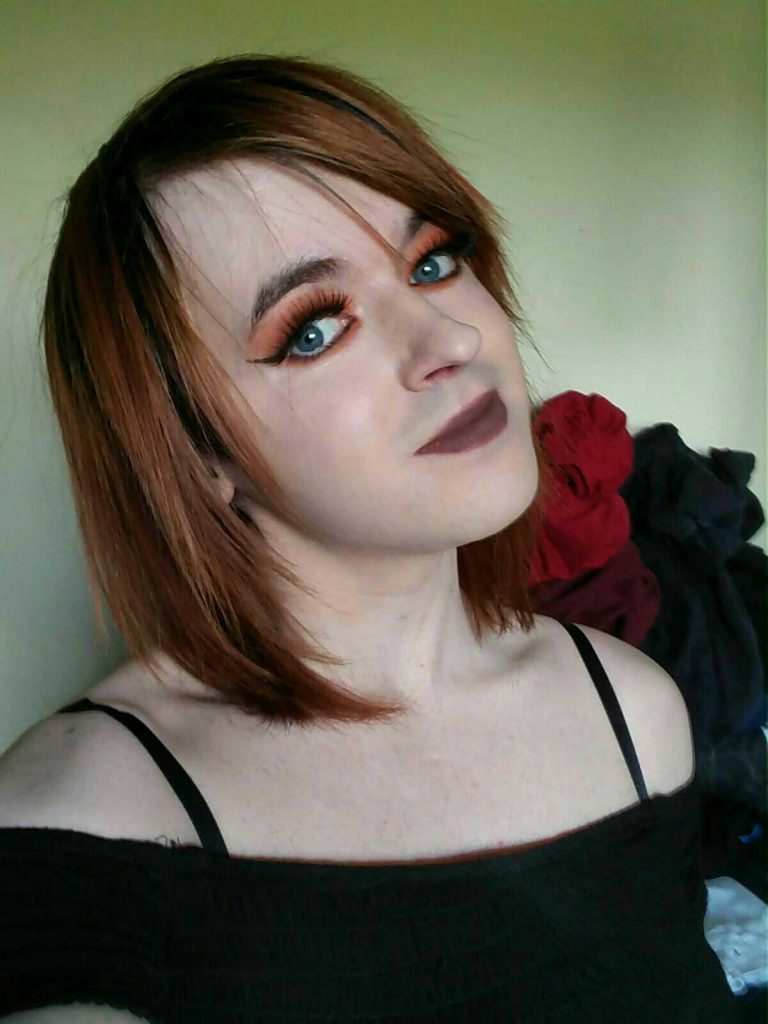 This week I am pleased to say I had the delightful Ariel in my kitchen, as I was preparing a cake. And what a wonderful gurl she is. Ariel has found it quite

challenging to live openly as who she really is, and when she came out to one of her best friends a while ago, found that it’s hard for some people to be accepting of her.

Things are going much better for her now, and at 24 she’s steering her life the way it needs to go. She’s currently getting laser hair removal on her arms, legs and chest. Ultimately she plans to live as a woman. After starting hormones.

Ariel is so very lovely, I let her lick some of the cake mix from m

y fingers after I’d been getting quite breathless, mixing up some cake mix. My biceps are in great shape from beating the cake mix so thoroughly! At least, I think that’s why they’re so strong… What a lovely lust for life Ariel has, I thought, as I wiped a little cream from her chin. We do get up to some fun things in my kitchen!

We’d like to be as supportive as possible to Ariel. You can show your support by helping with her Amazon Whishlist. You can find it here. 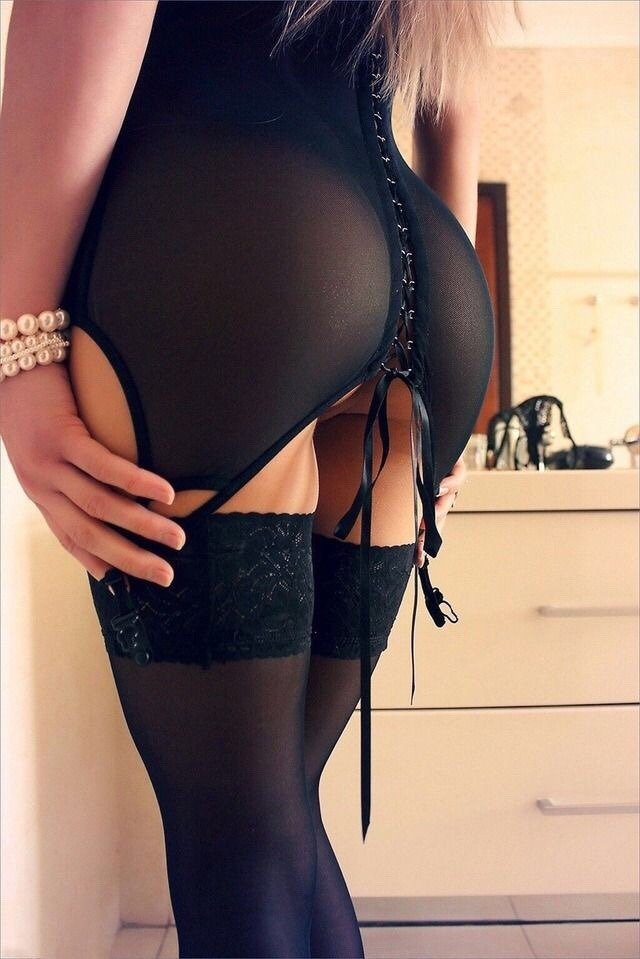 We surveyed 2389 of our crossdresser members to see how they defined themselves. Here are the results. 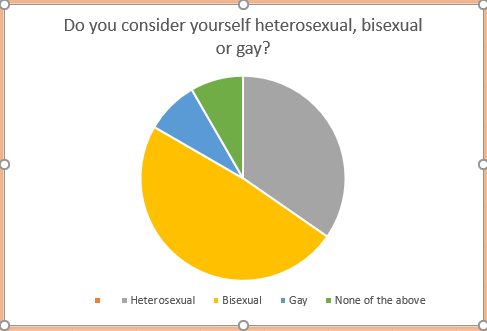 Do you consider yourself heterosexual, bisexual or gay?

Heterosexual 786 (35%)
Bisexual 1105 (49%)
Gay 189 (8%)
None of the above 189 (8%)
There were also some very interesting comments made by some of our respondents. Poor Max, he’s been slaving over these numbers, and bringing them down to me as I sit in the spring sunshine.
When I saw how many people said ‘none of the above’ I nearly dropped my Martini! I’ve sent him back three times already to check those numbers, and bring me some sunscreen as well. He’s a good boy.
Among the comments one theme that came through was that some members found that if they were dressing at the time, they felt they were bisexual, however in the day to day life of dressing straight, they ‘felt’ straight and had no same sex attraction whatsoever.
One correspondent noted, rather unusually, ‘I’m 100% straight, I just like dick.’ I did feel the urge to probe that a little further, but resisted. After the first 500 responses the balance stayed more or less where it was at completion, so I am inclined to think these numbers are quite reflective of crossdressing friends.
One respondent did comment:
“Mainly hetero, occasionally bi, bordering on the lesbian part of my gurlishness.  Very often scratching my errrr… you know whats, in utter confusion about the gurl thing, and asking myself – “Why did I have to born a Catholic ?” That bit accounts for most of the guilt that rears its head once in a while…. :)”
Another said:
“I wish I was bisexual,  Haven’t taken that leap of faith and played with a crossdresser like myself, but want it so bad.  I hope for the best – that’s all you can do. And find a safe place to meet some one . I love all that you do .xoxo Patrisha”
Well that’s why we have My Little Black Book. I’d always say, be ready before you take that leap – be sure you’re comfortable with it, and it will be a great experience.
Many of our respondents had the following sentiment:
“I love my wife of 31 years. I love to crossdress and feel girly. I have no desire to be with a man.”
I have seen quite a few comments that reflect the following:
“Never had a gay contact, might enjoy it if I was “forced” by my mistress.”
That’s very much about permission, and something into which we delve in the Premium Program.
One of my favorite comments was:
“I’m heterosexual but finding myself metamorphing into a more feminine persona every time I listen to your hypnosis, read your emails personally addressed to me and spend time fantisizing about cross dressing. Right this moment I’m finding myself feeling quite gay thinking about being taken by men.”
And another:
“I love it when I’m allowed to be the real me, Heather, because that’s who I really am. I enjoy being treated as a real women and this includes sexually. I’ve had several relationships over the years and have been used, but I had one partner who awoke the real Heather in me just with his touch. He was very special.”
The theme of sexual preference shifting when dressed was shown again in this comment:
“I’m always attracted to women AND when I\’m dressed, the opposite gender is especially enticing, and women and interesting in a whole different way.”
An interesting response was:
“Love being dominant with women and submissive with men.”
This was a common theme, too:
“I have crossdressed for most of my 50+ years. I love it, and have a difficult time in finding a genetic female to accept me for the well rounded person that I have become. If I have to choose, I will remain alone.”
With this in mind I’ll be doing a little more work shortly about how to find a female collaborator with which to enjoy your crossdressing. Should you know any women who’d like to chat about this to help men understand what they get from it, please email me at fdobson@zoho.com
Feel free to comment below if you’d like to add anything.
🙂
Fiona
– http://FionaDobson.com

We’re not always going to have the time to get completely dressed. Here’s a great way to quickly enjoy the feminine side of yourself.

This self hypnosis recording will help you feel comfortable using a little lipstick to emphasize the sensual nature of your personality. Be sure you have some lipstick with you when you do this wonderful exercise.

I am often surprised how very well my members present their stories of their first time crossdressing. Alexis posted this as a comment in My First Time, however I felt the story was so well told it deserved a post of its own. I hope you enjoy this beautifully told story. FD

Its tough for me to really pin point a “first time”. Over this journey there are many milestones. Let’s start with the big cliche (although true). When I was young, I would steal my sisters panties. When she went away to college, she left 3 pairs of satin panties in her dresser. The first time I tried one on, I knew it was ridiculous but I almost came right off the bat. I kept those pairs for years and used them every time I jerked off….and that was a lot.

I held on to these kinks and evolution took hold. For about a decade that held me over… However after I got married and had a kid, the partying had to stop (ok…slow down more like it). Eventually, my lingerie sets, panties, and stockings just weren’t doing it for me. I wanted…needed something more.

I found a store in our town (as luck would have it) and invested in some heels (which had been hard to sneak around and find a size 14) and a couple of dresses and a wig.

Eventually I told my wife (who was aware of my previous kinks) that I wanted to try to go full femme and see how it looked. It was the first time and I even got her to play the domme role. Strap on and everything (first time and I had always wanted it). She even did my makeup which really opened up my mind. I finally actually kind of looked like girls. Not just a dude with a beard in ill fitting lingerie. Shaved the beard the net day (which was tough but internally it was a sign I was ready to commit. She was cool about it but was doing it to spice the sex life up…we had a 1 year old baby and we were exhausted 24/7 and weren’t having sex, so anything was worth trying.

I LOVED it…but didn’t want to tell my wife how much…so I started experimenting on my own. A few more pairs of heel and dresses…but sneaking them around my house hiding these things I paid good money for was becoming unacceptable. I had to tell her where my mind was at. I couldn’t accept living the rest of my life hiding it so fuck it… There was a good chance she’d be cool with it but it was a risk anyway.

So on Christmas Eve eve, I couldn’t sleep it was all that I could think about. When she woke up in the morning, I turned to her and said, “I can’t sleep anymore, I have something on my mind you need to know. I can’t hide it but every night when you go to bed, I get a dressed as a woman, and I can’t live my life hiding it and I have to be open.”

Her reply? “Awesome, I kind of already knew this, but if that’s who you are, then I’m all for it”

Over the last 4 months, our relationship has never been better (except the credit card bills). Going shopping together is SOOOOO much fun. I now have my own panty drawer, bra drawer, lingerie drawer, stockings drawer and half the closet full of dresses, skirts and blouses. Even moved my dude clothes to the guest bedroom. I work from home…so dude clothes only get used a couple times a week.

Anyway, my name is Alexis now. No one knows but my wife…and daughter (but at least shes growing up in a more accepting world). Every day I go a little bit further. Yesterday I tweezed my eyebrows. That was fun…. Anyway, this became more of a life story, but if you made it this far…thanks for reading.

When you join my Premium Program for crossdressers, one of the first things we do is assign a name for you, if you haven’t already chosen one. In this simple self hypnosis file we’ve created a powerful tool to help you accept your new name, and learn to identify with it.

Enjoy this relaxing exercise and let me know how you get along with it.