Last week Marjory, my neighbour and the lesbian lover of the appalling Amanda, my wife’s childhood ‘friend’, suffered a serious blow.  She was disqualified in a sausage eating competition in Poughkeepsie, New York. Now, before you go any further, I am going to point out that it wasn’t ‘that kind of blow’, and like you I am at a loss thinking about how Marjory developed any sausage eating skills whatsoever, but I really don’t want to go too far down that rather distasteful road. Needless to say Amanda has been offering her a very supportive hand.

I’ve talked in the past about the idea of accepting who you are, and moving to a point at which we cease to imitate and embrace the idea of accepting the feminine side of ourselves as an integral part of our identity. For many crossdressers it’s a moment in which awkwardness and guilt fall away and we feel free of the self-inflicted pains of self-doubt and self-judgement.

It’s worth considering that those last three things – self-inflicted pain, self-judgement and self-doubt, are all things we do to ourselves. Perhaps because of our upbringing, or our community, we do choose to hurt ourselves as much as we might fear the judgement of others. While it takes a very thick skin to be oblivious to the judgement of others, there’s a lot to be said for not giving too paying too much heed to the criticism of others. They have not walked a mile in our heels, so to speak.

END_OF_DOCUMENT_TOKEN_TO_BE_REPLACED

I’d like to introduce you to one of our favorite crossdressers – Kitty, today. Kitty is gorgeous, glitzy and loves to knit.  She’s been creating some lovely sweaters anyone crossdressing would love to own and can be found on Ebay here:  https://www.ebay.com/usr/knittingsissyluxurymohair

Kitty is a long time member and loves to wrap her fingers round her knitting needle and put it to good use! If you’d like her to knit something for you contact her through Ebay and I know she’ll be happy to do so.

“I beg your pardon,” I said a little shocked.

“Oh hello,” said Sylvester. “We’re playing Adult Clue (or Cludo if you are from The United Kingdom). It’s something I’ve adapted from the board game.”

“Well,” I said, trying to be encouraging although I felt a little awkward, “I’m glad to see you’re not letting your God given talents go to waste, Sylvester.”

After a moment’s thought I added, “Perhaps you could think up some way to murder a new character – you could call her, oh, I don’t know… ‘Amanda’. Death by impaling, in the neighbors house, by the crossdresser.”

For those of you who don’t know, Amanda is my wife’s childhood friend, who has started a relationship with my next door neighbour, Marjory. This is a source of some annoyance, particularly as my wife is travelling at present.

I should tell you I enjoy competitive games enormously. I also play some role playing games. So many times I feel like I’m getting ahead and suddenly someone’s coming up behind me and a breathless struggle ensues. It’s all very exciting. Perhaps you know the feeling. Sometimes I get so excited, I just don’t know what comes over me! I guess it’s the cut and thrust – mostly the thrust – of putting oneself up against a fellow player.

I should also say that this week one of my friends who is a regular player got on a plane to work in New York for a couple of weeks, leaving me with no alternative but to play with myself.

That, however, is not the main reason I’m writing to you. I thought I’d write and tell you about the delightful Mollie Blake. She’s a talented writer who has recently had a piece featured on my website, and we’re expecting to see some interesting new episodes from soon. If you’ve not already read “The Dating Game“, this weekend is a great time to do so. You can also find her on Twitter here. https://twitter.com/MollieBlake0  Be sure to say hello, and that you saw her on http://FionaDobson.com

I should also draw special attention to Katia Thornwood‘s new serial, The Making Of  A Mistress, which has been growing into a favorite among my members. Slipping into bed, and putting Katia on to listen to as you fall asleep is one sure way to end the night on a high note.  Katia’s style is quite unique, and if you enjoy her rather strange view of the world, you’ll love her website at http://KatiaThornwood.com

For the many members who are asking about Part 19 of Clothes Maketh The Man it can be found HERE. Well, you can see that the office here has been pretty busy bringing you the best of all things to do with Crossdressing. Have a wonderful week.

This morning, just as I was emerging from my morning yoga session, I was surprised to see Max (my neighbour’s son), huffing and puffing and coming in my rear entrance, a bundle of excited youthful anticipation. He was hurrying up the garden path, as I pulled up my yoga pants, and adjusted my hair.

Sebastian, my personal trainer, was as surprised as I was myself. He likes to come early to stretch me, as

I’m sure my regular members are aware.

“Fiona,” said Max, bursting into my kitchen. “Can I take a look at your beaver?”

As you probably know, today is Canada Day. It’s a tradition in Huckleberry Close, to come over to my house on Canada Day, and look at my beaver, the centrepiece of the Canada Day party I always throw, to celebrate us throwing off the shackles of oppressive colonialism before Canada declared itself free of tyrannical rule from London. Actually, that’s not really true. We just all sort of agreed that we’d have a new flag and continue to be the friends we’ve always been. No one was being either tyrannical or oppressive, but it’s a good excuse for a party. And the centre piece of the party is my beaver, a stuffed animal that has become something of a mascot over the years. It’s traditional for us to enjoy some lovely Canadian Wines, from British Columbia (a place that is neither British nor Columbian), swap hockey stories and talk about Zamboni’s while apologizing to one another. We all eat poutine and make fun of people we love from Newfoundland, and generally act in an understated but quietly superior way, while listening to The Tragically Hip, 54 40, Five Man Electrical Band, Rush and many other great Canadian bands.

I told Max, “Darling, calm down. My beaver is open to everyone, just give me a moment to prepare it! You’ll get your turn. Just don’t get too excited. It’s Canada Day, you’ll have to pace yourself.”

We have so many wonderful traditions in Canada. Being Canadian means so many wonderful things to all the peoples of our country. We love our diversity, our first nations people and our ability not to elect a leader largely perceived as a psychopath and moron by the rest of the planet.

If Max gets over excited, of course, it will be over before it’s really started. It can happen to us all. I handed him a pot of maple syrup and suggested he put it out on the garden table while I went down to get the noble beast, and then he could examine my beaver to his hearts content.

This year’s wine of choice is Quill, a distinctive Rose from Vancouver Island, which is quite delightful and goes rather well with the short skirt I’m wearing. It’s light, a little cheeky and subtly stimulating.  The wine’s not bad either. I know we’ll be toasting Sylvester, who has decided to commit to a course learning to drive a Zamboni at the local hockey arena. I must get things ready for the party shortly, so this will be a short email. 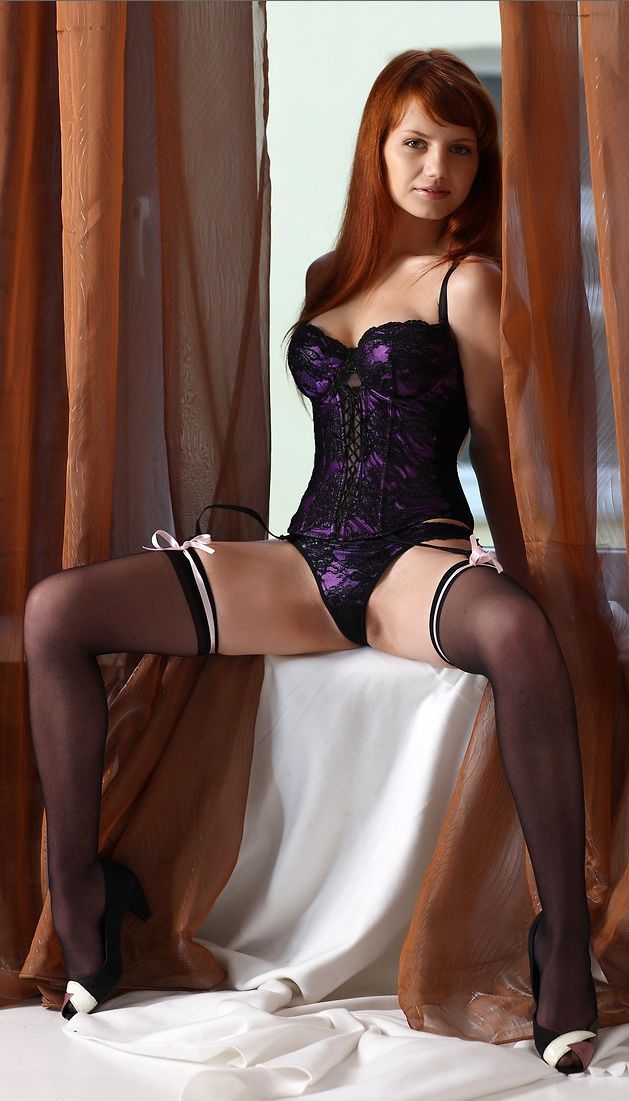 It may come as a surprise to some of you, but Marjory (my delightful lesbian neighbor) got her hand stuck in my beaver recently while trying to replace some of the stuffing. She was wedged right in there! I know what you’re thinking, what was she of all people doing, jammed up there? Well, she does fancy herself as something of an amateur taxidermist. Strange woman. She’s from Alaska, you know. Eventually we got her hand out, but ever since she’s been acting most strangely. She’s said on more than one occasion that she wishes her hands were a little smaller. I can’t think why! It’s almost as though she’s never heard of lube. I understand it softens the skin nicely and taxidermists swear by it.

I hurried down to the basement and found my beaver, then carried it up to my garden table, already bathed in warm summer sunshine. In the sunlight I could see it has begun to look a little tired. I suppose one can not be surprised. After all, my beaver has been fingered by many over the passing years. And yet, surprisingly it continues to put a contented smile on many of my friends faces. However, I do believe a beaver should be well groomed and well presented. I will speak to my local taxidermist and have him restuff it later this month.

With this in mind I resolved to make a Canada Day offer to all my friends and members. Anyone who emails me with the words in the subject line “Fiona, I’ll stuff your beaver!” before the end of Canada Day, July 1st, can have a free membership to My Little Black Book. This is worth $2.95 a month for crossdressing gurls, and $4.95 a month to Admirers. So, get your digits moving and I can help get some more members in there. And of course, now you’ll be featured in The Fiona Dobson Crossdressing App, as a member of My Little Black Book, which has been downloaded by over 5000 crossdressers.

Have a wonderful week.