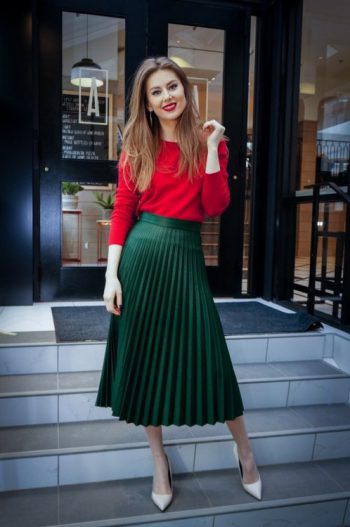 In this gentle and poignant piece of Christmas writing Mollie Blake demonstrates how well she understands the world of the crossdresser and gender fluid members of this site. I hope you enjoy it as much as I did. Incidentally, she passes on the very best fo seasons greetings to all our members.  Feel free to write to her care of myself – fdobson@zoho.com.  Fiona.

“Yes,” David replied, keeping his eyes straight on the road in front of him. “The traffic’s crap even though I waited until after the rush hour.”

“Every hour’s rush hour these days. Wait until Brexit. It’ll be quiet then with no lorries delivering stuff from Europe. How will you survive without that German shampoo?” Lucy started chuckling.

“Yeah, well, I wish they’d all fuck off the damn roads right now.”

“I don’t know why you’re so impatient to get to somewhere you don’t want to be!”

“I know. Stupid, hey? I’d rather spend Christmas with you. But…well, he’ll be on his own, and I’ll feel bad about it.”

“Stop whining. You’ll be back before you know it, and we’ve got New Year’s Eve to look forward to.”

Lucy was right. Spending three days with his dad wasn’t the end of the world.

Two hours later, David turned into Monarch Avenue. He was met by a plethora of multi-coloured Christmas lights adorning garages and edging lawns. Reindeers sparkled in dazzling white, and glowing overweight Santa Claus’ added blotches of strawberry red to break the night’s blackness. Then his eyes fell on the one house that stood out in its “nondescriptness.” Number 4. Once his home.

“Good journey?” his dad asked, just as he asked every time David stepped through the door. It was a rhetorical question—he was never interested in David’s answer. He just turned and headed back to his chair in the living room.

David dropped his bag at the bottom of the stairs and followed him. His eyes landed on a three foot Christmas tree threaded with multi-coloured lights and dotted with gold baubles. “You put a tree up then?”

“Yeah.” David didn’t bother to mention his dad hadn’t put a tree up for the past three years. He simply did what he always did when he came to visit—walked over to his dad and kissed him on the cheek. “It’s good to see you, Dad.”

They both knew he was lying.

David flopped into the chair beside the fire and gazed at the flames dancing beneath the blackened chimney. Memories of his mother crept into his head, and he closed his eyes and dreamed for a few minutes. Then he dragged himself into the kitchen and made a pot of tea. He opened the fridge door and took out the salmon sandwiches his dad had made earlier, just like every other Christmas Eve, and placed everything on the old veneered tray. Just as his mother used to do.

The men shared their supper in the living room. The TV flickered away in the background, the babble from a Christmas game show alleviating the stilted conversation between father and son.

“You got a card from Angela?” David asked, his eyes landing on the extra large card on the mantelpiece. His mind flashed to the lilac pashmina his elder sister had sent him from Australia—he would enjoy wrapping it around his shoulders in his childhood bedroom later.

His dad sounded disappointed. Following the major family row just a year after their mother died, Angela emigrated to Australia. That was ten years ago and she had been back to the UK three times. She had visited David three times. She had only visited their father once. David remembered her final words before leaving number 4 Monarch Avenue in Notting Hill, London.

“You’re a bigoted, heartless man. He’s lost his mother and needs your support to grieve for her, but you can’t see your own son. You won’t look past his make-up and clothes, and love him for the man he is. He’s still David. I hope he can forgive you. Because I can’t.”

And right there she had signed away all hope of happiness.

Well, maybe not all hope. But now every year David felt obliged to spend Christmas with his lonely father who didn’t love him for who he was.

David got up and went over to the fireplace to read his sister’s card. There was a small photograph of Angela with her husband and two daughters.

“Meg and Caitlin are growing up. She says they’re all well.”

“It’s a good picture of Mitch.”

David sighed. Angela’s husband was forty-two, a former rugby player, and built like a brick shit house. A perfect alpha male. A perfect opposite to David.

His dad continued. “Damn pity they can’t make it over again any time soon. He’s busy coaching some boys to play rugby, a proper man’s sport. They mentioned him on Sky Sport the other day. Coached a team to win some trophy in Melbourne.”

David’s paper on robotic research was mentioned on the BBC news recently, a programme his dad watched religiously, but there was no mention of his own son’s achievement.

“I might go and see them in the new year. Angela might be able to get time off work for a few days,” his dad said wistfully.

David knew his sister made an excuse every time their dad suggested he would visit her. It was a bloody nuisance really, as it meant her only brother couldn’t go over either. The idea of telling his dad that his daughter could make time to see his “sissy” son was too much for David to bear. And the idea of keeping it a secret from his father felt like a betrayal of his mother. She had loved her husband and her daughter and son. David never doubted that she would always love him, and Diana, no matter what.

While his dad prattled on about how great his son-in-law was, even though he’d only met him twice, including the wedding, David muttered a “yes” here and a “no” there while his mind drift back eleven years…

When the bedroom door creaked, David cringed, praying his dad wouldn’t hear from downstairs. The funeral director had come to discuss the arrangements for David’s mother’s cremation so his dad would be occupied for quite a while.

He waited a moment. There was silence as he crept into his parents’ bedroom and closed the door.

David’s hands stroked the silk and cotton of his mother’s clothes hanging in the wardrobe. He smoothed the sleeve belonging to a faux fur jacket over his cheek and breathed in her fragrance from her favourite scarf. He slid the scarf from its hanger and went to sit on his parents’ bed. Tears began to trickle like a prelude to a flood of sorrow as the loss of his mother cut deep inside him.

By eleven o’clock David was desperate to go up to his childhood bedroom. He had done his duty for tonight, sitting with a lonely man on Christmas Eve, and left his father watching the late night news.

Once alone, he pulled the tin out from the bottom of his wardrobe and took the tiny key from his wallet. At last, he could feast his eyes on the contents and relax. The silk scarf was neatly folded on top of a small bottle of perfume, a rolled-up pair of stockings and a string of pearls. He was tempted to spray the scent, but there was so little left. Instead, he opened his travel bag and withdrew his own bottle of his mother’s favourite fragrance—Mugler’s Angel. After fondling the star-shaped glass, he sprayed the perfume into the air and breathed in.

During the next few minutes, David fastened the pearls around his neck and sat beside his old single bed with just his memories of his mother. He strummed his hands and face with the cool silk of her favourite scarf, glad in the knowledge he had managed to hide these possessions before his father made the decision to let all his wife’s things go to a charity shop. David wasn’t exactly sure what his dad had kept, but he knew there was a pot in the kitchen which his dad never wanted anyone else to touch.

Eventually, David went down the hall to the bathroom before returning to get undressed. Then he brushed a pale rouge over his cheeks and coated his lashes with a luscious blackness. He smiled at the mirror on the chest of drawers. Taking his time to colour his lips in a shade of crimson, David remembered the first time he had seen red lips in his reflection…

He was in the kitchen with his mother, helping to bake a Victoria sponge cake. He told her she was a brilliant baker and she turned to kiss his cheek. At the exact same moment, he turned to look at her and her lips connected with his. They laughed. She said she was sorry. There was lipstick on his lips.

“Ha, ha. I’ll go wipe it off.” David ran into the bathroom and gazed at the young man gazing back at him. He ran his tongue over and over his lips and stared at his reflection, his eyes fixed on the deep red colour. He didn’t want to wipe it off.

Back in the kitchen, his mother smiled when he told her he didn’t want to dirty the towel so he’d leave it on until bed later that evening.

His dad never smiled. “Get that damn stuff off.”

David wasn’t allowed to eat at the table until he had removed the lipstick. He managed to hold back his tears until he could shut the world out by locking the bathroom door.

Lying naked on his bed David was happy in the knowledge that his mother knew who and what her son was, and she loved all of him. David and Diana.

With the precious things safely back in the tin in his wardrobe, a serene calmness washed over him. His hands roamed over his chest, lingering at his nipples, imagining a fullness that could never be his. They trailed down to a firm abdomen and over slim hips. Images of feather boas and skimpy negligees excited him. Suddenly he remembered his gift from Angela. He grabbed the pashmina and cloaked himself in its violet softness. He pranced in front of the free-standing mirror and twirled theatrically, loving what he saw. His eyes fell to his penis, thick and hard with expectation. He wrapped his hand around it and began to thrust back and forth. The wrap fell to the floor before he reached behind with slick fingers ready to breach his body. Then he lay on the bed and wallowed in his masturbatory need.