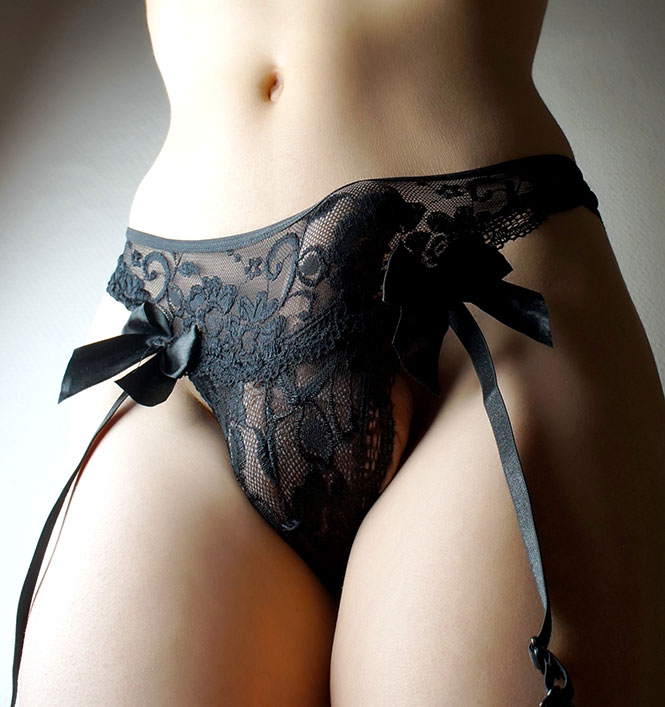 I felt the heat of the head of Dwayne’s dick pressing against the slippery wetness of my buttocks. Devina had covered me in so much lube, it would be impossible to squirm away. With her sitting on my neck, while I could have put up a fight, I found myself shocked into total submission.

“Wait,” I gasped, and once more I felt the stinging slap of Devina’s hard palm on my back. God she was strong!

For a moment I caught sight of myself reflected in the plate glass windows of my balcony. There I was, kneeling, Devina astride my shoulders, and Dwayne. My god, he was a big man.

I could see the black skirt hitched up, the nylons, and my pathetic body, knees wide apart, wiggling and trying to resist. Dwayne sniggered and I suddenly felt his strong hands on my hips. He was pulling me toward him and suddenly what had been a light pressure on my buttocks became a stinging driving force. My breath was caught in my throat and I gasped in pain as I felt myself being parted and then, oh my god!

I found time seemed to almost hold still as inch by inch my body gave way to Dwayne;s enormous erection. I was aware of myself crying out in pain and desire, I squirmed, only to be rewarded with another harsh slap, and as I tried to kick and struggle away Devina closed he hands around my throat.

“Now, now, big girl. Take it nicely, or we’ll do this the other way!” Devina’s voice had lost all playfulness and as I felt that enormous dick plunge deeper I became aware of a new sensation. I found myself push back against him, driving him deeper. As my breath came back to me I closed my eyes and found myself working my hips.

“Oh, god,” I cried out. My eyes were tightly closed but all I could think of was that dick, and how it was so out of proportion to my body. How could it possibly be inside me, and so deep. How could it slide up inside me so far. I felt my breath short, and gasped once more.

“I think she likes it,” said Dwayne, to Devina. Throughout this process I had been nothing more than an object for Dwayne. He spoke only to Devina, who indulged his disgusting desires. He was using me like some cheap whore and not even crediting me with common human recognition.

“She loves it!” laughed Devina.

“Please,” I stammered as he pulled deeper against my hips and slid even further up inside me. I had no idea a human body could do what he was doing. No matter how I squirmed he just seemed to go deeper and deeper. Pain was not part of the feeling anymore, as I was simply overwhelmed by the power and depth of his thrusting. He was so big and powerful, that struggling away was quite futile.

“Now, now, Andrea,” said Devina as Dwayne began to find his form, thrusting rhythmically into me. “I know,” she crooned. “It feels strange, doesn’t it. Don’t you worry, she said and stroked my wig, “soon you’ll learn to love it!”

“No,” I groaned. I tried to resist but found myself increasingly excited by what was happening. While some small part of me tried to pull away, another far more powerful part of me longed for this to continue.

Devina slapped me hard once more. Were I able to see, I would have noticed the harsh red hand shape on my back, livid and red. Only later would I see the evidence of her handiwork in the bathroom mirror.

“You just kneel down there and enjoy Dwayne’s big hard cock, while I hold you down.”

My legs seemed without feeling, but I could not tell if it was the result of being so curiously pinned, or that my mind had no room left in it for feelings of sensual experience. I could feel nothing but the hard and very hot sensation of Dwayne’s cock so deep inside me it seemed to push into my chest. I sobbed, “…please…” and squirmed once more.

As I felt this cascade of sensations, it occurred to me that Devina, in her prim clothes and buttoned blouse made a strange contrast to the vulnerability I was experiencing. Each time I tried to pull away, Devina would pull on the collar secured around my neck, and Dwayne would drive harder and deeper into me.

As he continued to use me, the black skirt rode up around my waist. My nylons, the suspender belt, and the bra I wore made me all seem so helplessly emasculated. And yet, something about it felt so right. With a shake of my head I tried to tell myself I was being compromised and that I hated this, and I let out another whimper of pain.

Devina slapped me hard across the face. “Gurls need to shut up”, she said, with a smile.

With that she reached over to Dwayne’s discarded pants, removed the belt, and looped it through the pink collar around my neck.

She handed the end of the belt to Dwayne and said, “If she tries to resist you, Dwayne, pull her up with this.”

He wrapped the thick leather belt around his large first and as he drove into me, even further than before, he pulled me back onto him. I felt my hands leave the ground as he rode me with such force, and I could not resist.

“Please…” I gasped between thrusts.

I felt as though my body was being broken, and my sanity along with is. Devina seemed to be laughing.

Once more I tried to get the words out.

“Ple..” my voice was cut off as he thrust deeply inside once more.

He seemed to pause for a moment and I could barely believe the words that escaped my lips.

Part 11 can be found here: https://fionadobson.com/clothes-maketh-the-man-part-11-feeling-the-squeeze/

– Enjoying Clothes Maketh The Man? Be sure to share it! –