We all had our ‘first time’ dressing. For some of us it was fun, for others it was shameful and humiliating. Poor Julie – have you read her story? It’s worth joining our Premium Members group just for her story. You can get a glimpse of Julie’s story here: https://fionadobson.com/julies-page/ 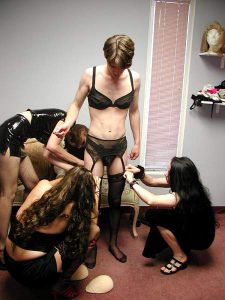 I know it’s helpful for my members to tell the stories of their first time dressing up. So, you can post your first time story right here, in the comments below. You may find that others have had much the same experience as you.

This is a process that seems to help take away some of the awkwardness and stigma associated with dressing. As you tell your story, and see that others have often had an experience that is not dissimilar, you’ll find you become more comfortable with it.

Remember, this is about having fun. Tell us what your journey into the world of dressing entailed. Tell us how you felt about it, and if you like how you feel about it now.

Feel free to Register, (if you haven’t already) and then use the comments section below to tell your story.
😊