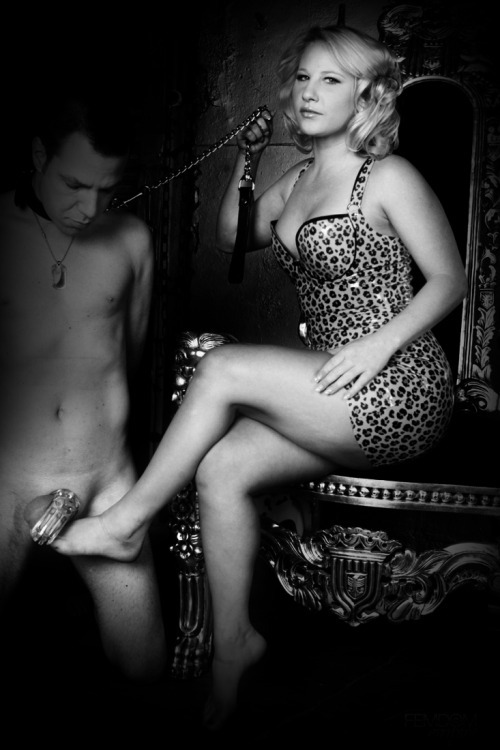 I woke to the sound of my phone ringing. As I gathered my wits memories of the night before came flooding back like a tide of warm wet – Oh my god. I remembered what I had done, and at some point it all faded into a blur.

Glancing around my bedroom I saw discarded clothing on the floor. Most of it was mine, but I didn’t recognise some bits and pieces, mostly feminine in nature. I stumbled to my feet and checked the living room. Nothing. No one. That was a relief.

I stepped into the bathroom and caught sight of my face in the mirror. Smudged makeup, eyeliner running down my cheeks. Oh god, what had they done to me. On the surface of the mirror was a message in crimson, the gold lipstick lying beside the soap.

“See you next week!”

I mouth the words, “Not if I see you first”, and reached for my toothbrush. There was an unfamiliar taste in my mouth. The phone kept on ringing.

I brushed my teeth and used some mouth wash, by which time the phone had fallen into silence. After a few minutes with makeup remover and a quick shower I was beginning to feel more human. I pulled on my robe and went to the kitchen.

The view from my apartment overlooks the lake at the River North district, and the sun was well and truly up. I glanced at the clock and saw it was already nine thirty. I had little recollection of how late things had gone the previous night, though I felt as though my body had been exposed to a thorough work out. I felt as though I had been pushed and pulled from every angle. I shivered with disgust at the realization I probably had been.

Once again the phone was calling to me. As I answered it I noticed that there were seven missed calls. I groaned inwardly. What disaster would befall me next?

I tried to place the name, but nothing was coming to me. “Err…”

“At the agency! You came in for an interview a couple of weeks ago. We thought we should have another chat.”

“Great. Any chance you can get on a plane before the weekend? A few of us are going sailing, perhaps you’d like to join us. You remember Sylvia, my sister?”

“Sylvia? Sylvia! Yes, head of HR.” I remembered her. I also remembered she’d discovered some compromising pictures of me online.

“Yes, her husband has a nice little boat. Modest but comfortable. Perhaps you’d join us?”

“Fine, fine. Then call us when you get in on Friday and we’ll send a car to the airport.”

I put down the phone and stared out across the lake in a state of bemused resignation. This was a curious turn of events, to say the very least. Just as Steve and I seemed to be carving out a niche, here was something else coming up on the west coast. Well, at least I won’t have to stay anywhere near Devina.

I breakfasted quickly and then worked through the list of missed calls. Three from Steve, predictably, one from Devina, one from another LA number and two from one of our new clients. I thought it best to handle Steve first.

“Yeah, ok. Well we need some copy on that campaign before Friday. They want to see something before they go too far on the creative.”

“Cool. Anything else going on?” asked Steve.

“The guys in LA want me to go down this weekend. I think they might offer me a job.”

“Don’t leave me in the lurch, Andy,” said Steve, sounding a little agitated.

“I’m not going to. I just want to hear what they have to say.”

“Well, have a good trip, and let me have the copy later today.”

As I hung up I thought how lucky I was to have a business partner like Steve. He was letting me take a look out there in the big bad world of advertising employment, but knew I would stick with him. We really are a good team. He gets the clients, and I just churn out the copy.

I tried the second LA number, and was taken aback when a female voice answered. “This is Sylvia Maynard. How can I help you?”

“Ahhh… Andy. I hear you are heading back to town.”

“Yes,” I said. “Your brother called. Said to come down and go out on a boat or something. I’m just going with it. Are you going to be there?”

“Oh, yes!” Said Sylvia. “And I seem to remember you owe me lunch. Let’s see what we can do about that, shall we? We really should get to know each other a little better before you scuttle off this time.”

+++
By the time I hung up the phone I was more confused than I had been before. It was all rather baffling. And as for Devina, where the hell was she?

I suppose I shouldn’t have asked that question, even in the silent confines of my head. There was a knock at the door about thirty minutes later, and Devina swept into my apartment. It seemed she had my sisters keys with her, and took it for granted that she had complete and free access to my place whenever she wanted it. Well, at least she had the decency to knock before coming in.

It crossed my mind that at this point there could be no situation in which I could be embarrassed by Devina. Frankly, when you are being held still by a woman and her friend is sliding eight inches of meat into you, false modesty is something of a waste of time.

“Well, Andrea. What a night you had!”

“But, Andrea, it is so obviously who you are. I mean, really. You were so… what’s the word I’m looking for?”

“Enthusiastic. And so accommodating. Dwayne can’t wait to see you again next week. I said Thursday night, so clear your calendar.”

“Now, about your make up. You are going to have to do better with it. Frankly I was a little embarrassed by you last night.”

“What,” I stammered. “You were embarrassed? You weren’t the one being sodomised by a quarter back,” I retorted.

Devina, slowly turned to me, and walked deliberately to where I was standing, coffee cup in my hand. She then looked me coldly in the eye, her face not more than a couple of inches from mine.

“Andrea.” she said very calmly and with a steel edge of menace, “it is not your place to speak to me like that.”

In one swift and indefensible motion she reached between my legs, and through my pants I felt her strong fingers close around my balls and start to squeeze. It took me completely by surprise, and as she increased pressure I gasped. At first I struggled, then looking into her ice blue eyes I realised I could not resist.

“You will not,” I felt the pressure increase and my legs buckled, “address me in that fashion again.”

I can only assume Devina had been doing some obscure finger exercises. Her grip was as immovable as a street lamp.

As she applied further pressure a cool smile crossed her lips, as I double up on the floor.

“I am so glad,” she said slowly and deliberately, “that we understand each other!”

Part 12 can be found here: https://fionadobson.com/cmtm/clothes-maketh-the-man-part-12-after-the-black-male-the-blackmail/

5 Replies to “Clothes Maketh The Man – Part 11. Feeling the squeeze.”