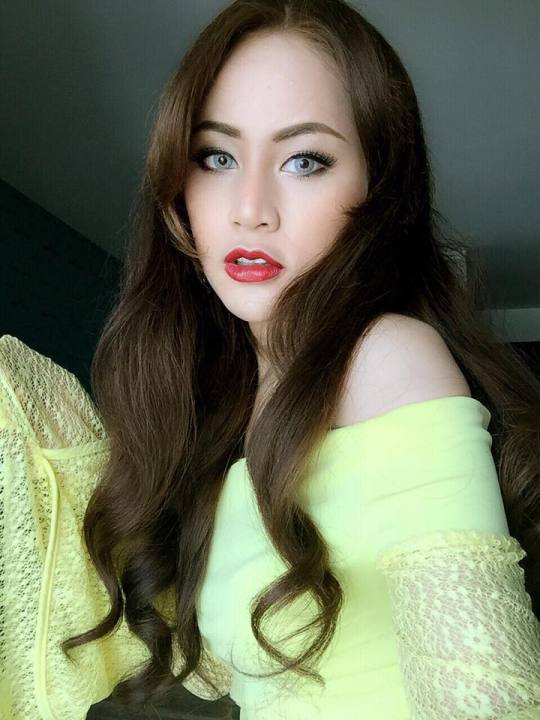 I found myself staring at the bed. The dress was stunning. There was a complete set of lingerie, including corset, white stockings, an elaborate suspender belt, and waist high panties. While a part of me was reeling in panic, another equal part was intrigued.

The wedding dress almost called to me. “You know you want to…”

I stepped back into the bathroom. The make up was laid out neatly. Sylvia knew exactly what she was doing. How could anyone resist this. More to calm myself than anything else I picked up a moisturizer and massaged it into my face. What on earth was I to do?

The deal with the advertising agency was likely the deal of a lifetime. It was a natural no brainer, but was the price my own humiliation? And was that price too high? Or was this what I wanted, at some level deep down in my soul.

I worked with the foundation, then some blush. My eyes are one of my best features and applying a dark blue sheen to the lids calmed me. Some mascara, a little toner at the sides of my face. While I worked at my make up to settle my mind I turned over possibility after possibility, and only when I found I had finished applying lipstick did I realize, of course, I had already made up my mind.

I put on the false eyelashes, so carefully prepared by Sylvia. I wondered how long she had taken to lay all this out. How on earth could she know I had done similar things before. The photographs she had found, so traitorously posted by Devina, spoke nothing of my skills in applying make up.

But then, of course she knew. My shame was the shame of one who had played with these things before. One who could not help himself. What further humiliation did she have in store for me? To be forced to do things by Devina was one thing, yet to willingly – hungrily – subject myself to this process was in a sense even more depraved.

The wig was human hair, brunette shoulder length with a slight curl. It settled on my scalp comfortably. I glanced in the mirror. The face looking back at me took my breath away. I retouched the lipstick, and to my surprise I realized I had become quite good at this.

Back in the bedroom I slowly pulled on the nylons. The suspender belt took a little time, as did the corset. I’d never had such an extensive wardrobe with which to play, though (and I groaned inwardly at the thought) Devina had dressed me in some lavish outfits. To the best of my knowledge though, this topped everything I’d worn before.

Before I stepped into the dress I walked about the room. The heels I had found in the closet were about three inches high. Neither too high to walk, nor soolow that they didn’t afford my bum that lift that is so unfamiliar to one born male. Only in heels did I feel myself truly dressed. The enforced openness of my bottom almost inviting intrusion and penetration.

I glanced into the full length mirror on the closet door and found myself transfixed by my reflection. I loked at the growing bulge in my white satin panties. I wanted to touch myself and bring relief from this excitement, but realized I mustn’t. Instead the excitement within my belly, the anticipation that was making my heart race, washed over me like a wave.

I held the dress against my body. It was beautiful. It had a high neckline, but the shape and breast forms within it told of a dress that had been specially prepared.

My heart was pounding as I stepped carefully into it. “Oh, god,” I groaned as I stepped into it and raised the silky garment. “It’s amazing!”

I pulled up the zipper, but knew I would have to ask for help to raise it completely. No doubt Sylvia would oblige in a few moments.

My erection was forcing itself into evidence and I could see it compromising the lines of the tight fitting dress. I pulled up the hem, lowered my panties and looked at myself in the mirror. Why not.,after all the excitement was almost too much to bear.

As I gently massaged I slowly inserted a finger in my ass. My breath quickened and I could feel my excitement grow more intense. Looking in the mirror I did not know who this person was, but she – Andrea – was beautiful. To say I was a turn on was an understatement.

A moment later I was interrupted by an insistent knocking on the door.

“Are you ready?” It was Sylvia. I reluctantly pulled my panties back up, rearranged myself and lowered the hem of the dress. I washed my hands swiftly and went to the door. When I tried it, it opened.

“Andrea. Yes, of course it is.” She looked at me, and walked around me inspecting me minutely. I felt her fingers draw the zipper up to the full extent of it’s travel.

In front of me she inspected my make up. Then, quite unexpectedly she dropped to her knees. I felt her lifting the hem of the dress, and for a moment I thought she was about to give me a blow job. Had she done so I am sure I would not have lasted more than a moment, but that was not to be her entertainment this evening. Instead I felt her lift my foot and slide a garter from her wrist onto my ankle and then up my leg.

I saw the smile spread across her face as she looked at the front of my panties.

“Very good,” she said. “I think you are almost ready.”

I nodded, though my heart was pounding and my silent inner voice was crying out, “But for what?”

She took my hand and led me out into the corridor. We were a little way from the main rooms in the house, and as I prepared to totter along on my heels she handed me a neat bouquet that had been placed on a small table in the hallway. I held it at chest height with both hands and began my walk down the hallway ahead, the pounding of my heart drowning all other sensations out. Still there was no one looking.

“Don’t worry,” said Sylvia thoughtfully. “This is a big night for you. Of course you’re excited, but there’s no need to be afraid.”

A part of me appreciated the words, and then I wrestled with the reality of the situation. How could she say this? She had created this moment of deep oppressive humiliation. Inside me a voice answered say, “But is it humiliation, when you want it so badly?”

My breath was coming in short gasps.

She quickly walked back to the room in which I had dressed, and returned a moment later. “We can’t have you going through with this without a veil!”

She fitted the gentle material of the veil, and as I looked out I felt a sense of calm descend on me. It was almost as if I could hide behind this flimsy fabric and enjoy anonymity. It felt surprisingly good. We continued our walk toward the main gallery of the house, and the large room in which I knew the party waited.

Before us were two large white doors, beyond which lay the room with the party goers.

I didn’t say anything. What was there to say. She boldly pushed to doors open and before me I saw the fifteen or so men that had remained, and perhaps three women. They all turned to look at the door way and I could almost feel the intake of breath as they looked at me. Their faces were alight with excitement. It was not the usual wedding excitement though. This was altogether more lustful.

Sylvia nudged me forward and I walked ahead, down the parted way between them toward a table ahead that was alter like. I could feel their eyes on me, probing, devouring me. They were like a hungry pack of animals, carnal and in need of satisfaction. As I walked forward and their heads followed me I hid behind the veil, and looked up.

Above the table, mounted on the wall was a flat screen television. It showed the interior of the room in which I had just dressed. I almost staggered but kept on walking, as I realized I had been observed even as my own passion had peaked into unresisting self gratification.

As I reached this make shift alter and turned to the gathered congregation I felt my humiliation was complete. I turned to face them, my shoulders back and my head held high.

If I thought my degradation was finally at it’s lowest depth, I would soon learn I was grossly mistaken.

Part 15 can be found here: https://fionadobson.com/clothes-maketh-the-man-part-15-the-veil-of-tears/