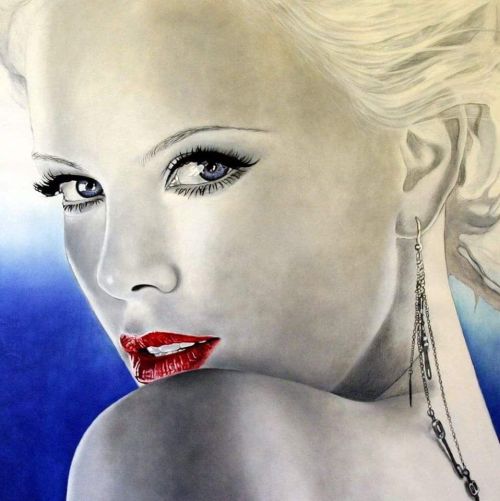 I sat on the plane, aware of every mile of the distance closing between New York and Montreal. I felt a strange combination of feelings, all jumbled up and floating in a light marinade of gin and tonic.

To my surprise and relief after suitably begging Devina to allow me release from the evil confines of the chastity device, I had agreed that immediately upon my return I would taxi directly to her place where once more she would securer the lock and leave me in humiliating chastity once again. She’d been quite understanding, realising that trying to get through airport security would be both embarrassing (for which she cared nothing) and impossible (which would likely cost me a lucrative piece of business).

She had acquiesced after I had sworn to surrender myself on my return. I’ll admit there may have been some small amount of grovelling, and some tears, but she had indeed showed a softer side of herself after I’d surrendered both my driving licence and the keys to my car. It seemed a fair trade, all things considered. I even got to swing by Mandy’s apartment, given her a welcome home she would savour for a few days, and then taxi home, carless but careless.

Steve picked me up the following morning and we’d had a successful meeting in New York, and secured the account for the agency. Our agency. I liked the sound of that. Indeed were it not for the promise to submit myself to Devina and have my penis confined behind high tensile walls of steel, I would be feeling quite ‘the man’.

Well, that’s not exactly true. I was sitting staring out over the wing, thinking of that nice gown I’d bought a few days earlier. After I finally got home tonight I would slip it on.  Perhaps run a nice bath and add some bath salts, and maybe paint my toe nails. They could use a nice powder pink, I thought. And then slip into my soft feminine slippers and listen to some calming music. Ahhh… the luxuries of being Andrea.

Steve nudged me, then looked conspiratorially at me.

“Steve,” I said in equally hushed tones. “You really can be very coarse.”

I closed my eyes and thought of the slippers again. It was comforting to picture them. Gradually my mind slipped back to the question of Devina. It would be the easiest thing in the world to just ignore my promise. I could pretend I forgot, or simply duck out on the agreement, but at the back of my mind there was a soft voice urging me to comply. I realised that, while the whole idea of chastity was quite ludicrous to me, I felt a strange compulsion to go along with it.

I can’t really explain this, but perhaps the best way to describe it is that there was a calm but forceful awareness that I should do this. I should allow Devina to replace the cage. I should allow her to force me further still down this extraordinary path I had reluctantly found myself upon. I began to realise that the chains of my mind were far more constraining than mere steel. I realised, with a shiver, that I could no more escape my promise than I could leap from the aircraft and float easily to the ground.

I thought nothing of the explanations I would have to concoct for Mandy. I thought nothing of how my clothes may look disturbed by the shape of the device. I thought only of the idea that, deprived of the option of thrusting myself within a partner, as a person I could only be receptive, like the sissy I realised I truly was. And to my horror as I slid into a troubled doze I realised, I loved the thought.

Devina’s apartment was not far from the airport. I arrived at an hour too late for socializing, but not too late to demonstrate my compliance, to her amusement.

“Ah,” she said as I waited on the doorstep. “I’m so glad you made such a wise choice. As it happens I’ve been preparing things for you. If it’s quite all right I’d appreciate you coming through to the living room. Take a seat and loose the pants.”

Well, that was about as ‘Devina’ as Devina could get. No beating about he bush. I felt entirely controlled. While I resented it the fact that I’d shown up demonstrated to her that she could do anything she wanted with me. It was really quite ridiculous. I eyed my car in her driveway. There was no going back.

I slipped in quietly and without saying anything stepped into the living room, lowered my pants and waited for her to return with the chastity device. As I waited I noticed a ridiculous little dog sitting in a basket. I’d never given it any thought before, but I had no idea she had a chihuahua. The creature looked at me as though it were doing so with mascara around it’s eyes.

A moment later Devina returned. In her hand she carried the steel cage that I knew would encase me in a few moments. I felt a sense of revulsion, and yet at the same time I was drawn to it. Wordlessly she kneeled between my legs, pulled my boxers down, and then slid a retaining circle of steel around my balls.

“God! That’s freezing,” I howled as cold metal encased me.

“I should hope so,” she replied. “It’s been in the freezer for the last 12 hours.

I groaned, and as I did so Devina attached the remaining components.

“By freezing them I know you won’t get ‘excited’. If you did I’d have a hell of a job putting this on you.”

The was a snapping sound as she clicked a lock closed and then looked up at me.

I looked at myself. Encased in steel what remained of my manhood was entirely compromised.

“What did you have in mind,” I asked softly.

“I wonder if you’d look after little Trixie. I have to travel for a few days.”

“I really couldn’t,” I said. “The strata council, they don’t let us keep dogs. Besides, I hate Chihuahuas. And they hate me.”

With that she stood up, reached between my legs and gave the device a firm tug. She then smiled and said, “I can see that’s not going anywhere for a while.”

I stared at the device. Slowly, like a naughty school child, I pulled up my pants.

“When do you plan to release me,” I asked.

“Well,” said Devina. “That’s a bit of a problem, you see.” She walked across the living room to a drinks cabinet and poured a sherry. She didn’t offer me one.

“Two weeks?” I stammered incredulously. How would I fob off Mandy?

“Well, yes. And Trixie,” she paused, “Trixie has disgraced herself.”

“What on earth do you mean?”

“Well, it’s quite awkward really,” said Devina, “for you, that is.”

I stared at Devina, and wondered what fresh hell she had in mind now.

“Trixie is such a bad little girl.” She turned to the dog and started feigning a distressed voice. “Who’s a bad girl, Trixie? Who ate the key to the chastity cage? Did you eat it Trixie? Yes you did, you naughty girl!”

I slumped into a chair, the chill metal stinging me.

“Well, yes. I thought it might help you understand that you should look after her. Just for a few days.”

“Look after her,” I stammered. “Look after her? And sort through her crap each day to see if she’s pooped out a chastity key? Are you out of your mind?”

“Oh, no, Andrea. Far from it. I feel sure you’d love to look after Trixie, because you’re sure to get released sooner rather than later if you do! That is what you want, isn’t it?”

I looked at the creature. It seemed to be laughing at me. I could slit it open, I supposed. Devina’s retribution might be both distasteful and unpleasant if I did.

“And you’ll see no harm comes to her, understand?”

“Very well,” I said and Devina handed me my house keys and driving license.

“Very well done, Andrea. You’re coming along nicely. I’ll be in touch on my return.”

As I left the apartment carrying the ridiculous creature I felt the steel between my legs, warmer now. I felt a resentment toward it, and yet part of me chose acceptance. In my mind lingered one very disturbing question; Could this be who I really was?

Join me as a Good Gurl member to support my work.