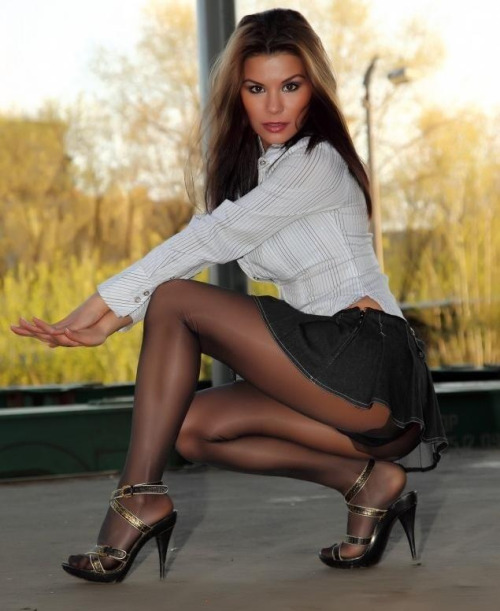 I’m going to describe this as best I can, because even now my memory has not yet filled in all the blanks. But to recap briefly… St. Augustine’s Orphan’s Fund advertising client, Brother Billy arrested, over a million in cash in the bag left my Brother Billy in the car – Margo, boat and she tells me we’re going back to Miami. So, now you’re all caught up – sort of…

I felt the plastic ties dig into my wrists as I stood, Zap strapped to the bars that made up one wall of the cell I was in. We’ll get to how I found myself in a police cell in a small town just outside Miami in a moment, but as I stood there I was rapidly realising that whatever my intentions may have been prior to walking into this police station, right now all my thoughts were focused on the two large men that were unlocking the door and entering.

“This is the guy?” said the larger of the two.

“Yeah,” grunted the other.

“Doesn’t look much like a nun to me!” and then he laughed.

I looked over my shoulders, unable to turn around as the two men discuss me. Both were ‘special deputies’ and wore the shabby uniforms of part time weekend cops.

“Look,” I said as calmly as I could muster. “Guys, this is all a big mistake.”

I felt one of them reach around and undo my trousers. There was a swift pull and they were around my knees. I could vaguely hear the conversation, but by this time I was trying to struggle away from powerful hands.

“I can explain,” I moaned. This was definitely not the usual arrest procedure I had seen on CSI Miami.

I felt myself being pushed against the bars, and then a stinging slap across my buttocks. I yelped in pain, and tried to struggle away, but the plastic ties on my wrists prevented me doing much more than wriggling. As I caught my breath another hard slap stung me and I gulped air in pain as I tried struggle away in vain.

I felt as though a heavy weight were forcing me against the bars, and stopping me breathing. I couldn’t catch my breath. The heart was pounding in my ears as another hard slap set fire to my buttocks.

Then I felt the grip around my testicles. It wasn’t so much ‘holding’ the balls, as a steadily increasing squeeze that left my legs buckling beneath me. As I fought for breath the pain grew and grew.

“Please,” I moaned, but at this stage I knew there was no stopping this where ever it may lead.

I confess that what came next, and what should have been a moment of revulsion, was in truth a respite from the shock and pain of what had preceded it. I felt my body forced against the bars. My legs were kick viciously apart. I felt large hands pulling at my enflamed buttocks, pulling me apart. And voices, indistinct now beneath the rushing of blood through my ears. My breath almost choking me, and then slowly and irresistibly the penetration of my body.

If my experiences with Devina had been covert and masked by drugs or alcohol, what was happening now was something completely different. I felt the invasion of my body without hope of escape. I screamed, though no one seemed to care, and as he thrust deeper and more urgently struggled against the bar. All this seemed to achieve was amusement for my to antagonists.

I vaguely remember their laughs, their smells, and the size of the mans hand as he gripped the bars I was strapped to. I could see the black hairs on his fingers as he filled my body, stretching and contorting me in pain and fear. I must have ceased struggling at some point, as I realised this was only going to end when it had run it’s course. A cursory squirming, and moans of pain and then resignation.

In that moment of totally giving up, of throwing oneself on the fates of the moment, I became aware that even in this moment of horror, I could experience a weird pleasure. It wasn’t the pleasure of sex, or eroticism, but one of acceptance.

A voice in my head said, “This is happening. Go with it. Surrender to it,” and in that moment, as my body gave way and hung from the bindings on my wrists, I knew I would survive.

In those intense moments of despair I lost all sense of time, if not the sensations and sense of helpless submission. I remember a vague consciousness of the second of the deputies replacing the first, but by then it had long since ceased to be a coherent experience and even now my memory is fogged by trauma. I remember at some point the ties securing my wrists were cut and I slumped to the concrete floor in a heap. There I stayed for the rest of the night, too hurt to move long after I was left alone in the cell.

The night was cold and little more than a blur in my memory. By morning I was bruised and damaged from the floor and the rigours of the attentions of the two deputies. I remember a a female officer coming to the cell, shining a light in my face, and later some food being brought.

Just as I thought the situation couldn’t get any more surreal the female officer returned and told me to get ready, I was to be brought out to an interview room. I splashed water on my face from a steel basin set into the wall and tried to straighten my clothes.

How very far I was from those lovely pastel colors of the skirt in my hotel room. How far I was from the comforts of my life as I knew it.  And then the officer was back. She took my arm in a firm grip and walked with me to the end of the corridor, opened the door, and led me to an interview room. There she opened the door, led me to a seat and I sat and waited, while an enormous police officer stood against the wall and watched me.

Before leaving she said, “Your lawyer’s just coming.”

I sat feeling very small. The police officer stood stoically watching me, presumably in case I made a run for the door. A moment later the door opened and I looked directly into the eyes of Devina.

“It’s all right, officer. He’s not going to do anything silly,” said Devina. “Perhaps you could wait outside.”

The officer looked a little dubious and then withdrew.

I gaped at Devina.

“What the fuck are you doing here?”

It bears some telling how I ended up in that small town police cell. I will skip over the minor details, but bring you up to speed with all the pertinent color that will serve you.

After Margo had calmed down from discovering that far from being the quiet and understated executive I’d claimed to be I was in fact on the run from the police, mixed up in some serious trouble involving a fraudulent Orphan fund, and had in point of fact been photographed fleeing on a bus dressed as a nun – as I reread that sentence now I do feel perhaps I had in some small part misrepresented myself – she decided we should go and see her brother, a lawyer who lived a little south of Miami.

“He will know what to do,” she said. “He’s helped bigger idiots than you, in his time.”

I must say I did not take a great deal of comfort from these words. We drove south, avoiding the hiway, as Margo hated hiway driving, which was to be our downfall. On a small road a little beyond the city we found ourselves being pulled over quite randomly by a police cruiser. It was a matter of pure chance and as the cop walked up to our vehicle Margo tried to look nonchalant.

Well, that didn’t go so well. It took the cop only a moment to recognise my face from the paper, or some ID document circulated and after a brief radio exchange I was transferred to the back of his vehicle and taken to the nearest police station. Judging from the reception I got you’d think that the local cop had apprehended a mass murder. Needless to say I was held, pending the arrival of police transport from Miami. As luck would have it, it was a busy night, and the transfer was held over until the following day, hence the stay in the cells overnight.

In the meantime Margo had evaporated, being incidentally involved and had headed off to get help in the form of her brother.

And here, in the interview room was Devina, the door closing behind her and the police officer outside.

I’m not sure quite what I feared more, being released into Devina’s care or spending another night in custody.