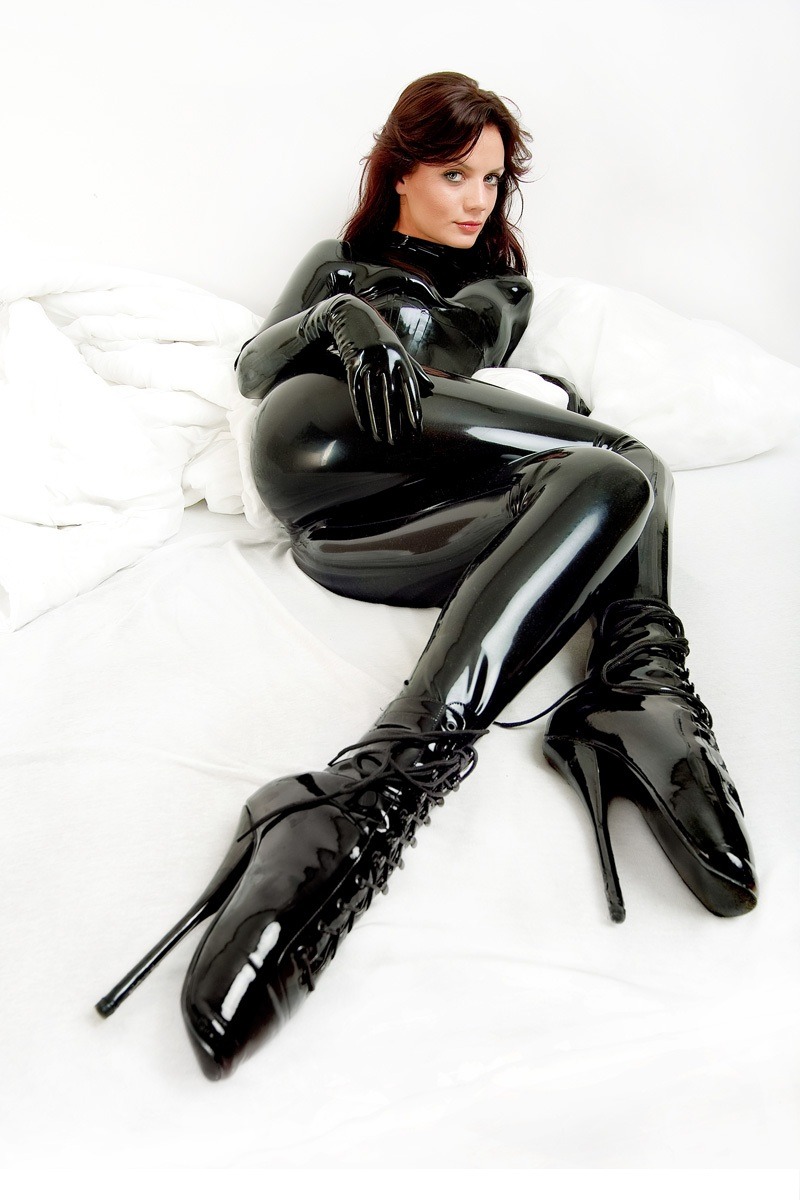 She stood in the doorway wearing a graphite grey pencil skirt, a white blouse and what might best be described as ‘sensible shoes’. As I stared at her in surprise, still bruised and battered from the events of the previous night, I felt a small sob rise in my throat.

Devina put a smart looking briefcase on the table and the police officer excused himself.

“Be quiet,” she said dismissively. “I’m making the necessary arrangements to have you released into my care. At the moment the less you say the better.”

“I’ve made a few calls and cashed in a few favors. You don’t need to know, but needless to say you owe me.”

My acquaintance with Devina was close enough to know this probably wasn’t a good thing. Of all the people I could think of to owe a favor, Devina was one of the least accommodating.

“You realise, of course, you’ve disappointed a lot of people. And who on earth is this ‘Margo’ person you’ve been hanging around with? She’s a complication I’d not foreseen.”

Devina was talking in a most cryptic manner. It was as if this had all been her plan all along. The events and privations I’d been subjected to were, you’d have thought, all children of a grand scheme of her making.

“I don’t expect you to understand, but you’ve set in motion a series of events far beyond your knowledge. And here I am having to fish you out of the soup, like a schoolboy caught doing something foolish.”

I looked at Devina blankly. I had no words to contribute. I felt chastised, just like the child Devina was describing. And Devina was playing the role of disappointed mother masterfully.

The door opened a moment later, and an officer spoke to Devina.

“There’s some paper work, ma’am,” he said, and Devina left the room. For a few minutes I was left alone with my thoughts. I’m not one to readily feel sorry for myself. However, as I sat there running through the event of the previous week or two I felt quite desolate.

Perhaps it was the thought of being so cruelly confined within the bonds of the chastity device, or maybe the guilty feeling of having been responsible for Trixcie’s sad demise from the window of my apartment. Or perhaps it was the false hope of escape to Miami. It seemed Devina had been right there all along. There was no escape.

I felt the tears welling up in my eyes, and a moment later the door opened.

Devina entered along with an officer. She placed a piece of paper before me and told me to sign it, handing me her fountain pen. I made a cursory attempt to read it, but Devina simply pointed to the signature line and said, “Sign!”

I leaned over it and signed my name, and at that moment one big fat tear fell from my eye, right onto the page. The ink from the pen was diffused and spread in the water of the tear, staining the paper.

I sat in Devina’s rented Lexus as we drove back through the suburbs toward airport. It crossed my mind that there was a holdall in Fort Lauderdale in an AirBnB with a large sum of money in it, and I had done nothing to make arrangements for it. In the turmoil of the events of the last 24 hours it had not escaped my mind that at no point had anyone made any mention whatsoever of the money in that holdall.

I turned the thought over in my mind as the miles rolled quietly under the wheels. The atmosphere in the car was thick with tension.

“Never you mind,” said Devina.  “Though I will tell you something. It’s more something for you to think about than anything else.”

“What’s that?” I asked trying to defuse the tension.

“I want you to think about this.  You know almost nothing about me.  And yet I know everything about you, your business partner, your ‘girlfriend’ and her preferences. And you don’t even know my full name.”

She paused and taking her eyes off the road glanced at me.

“How does that make you feel,” she asked.

I was quiet a moment longer.

I thought about this.  It was all part of her mind games. Confuse, twist the truth, disorientate, and then lie. She was very good at it.

Devina pulled the car over and stopped. She stepped out of the car and lit a cigarette. She leaned against the hood smoking studiously.  I called the travel company and immediately got the answer phone.

“Margo,” I said. “I need you to retrieve my bag and some washing from my AirBnB. Just hold onto it until I call you.”

I gave her the address and left it at that. The less said the better.

By the time Devina finished the cigarette I’d hung up and we quickly resumed out progress to the airport.

As the plane began it’s descent into O’Hare airport Devina broke her silence.

“Obviously there’s a few conditions attached to your release. I’ve put up the bond, and you are released into my care – so I’ll be responsible for you. If I find that role too challenging the US Marshals will be very happy to accompany you back to Florida for further interviews. You’re classified as a Person Of Interest in the case against St. Augustine’s Children’s Fund. As such there’s no actual charges – I just have to make sure you are available for the authorities should they decide they wish to talk to you.

It would appear to be a large and complicated case that they’ve been working on for years. The seem to believe that you were peripherally involved but don’t think you’re knowingly acting against the law. But they want you on a fairly short leash, which suits me just fine.”

I listened while looking fixedly out of the window. I couldn’t bring myself to look at Devina. Here I was, once again at her mercy and in her debt.

“If I’m not charged, why do I have to do anything they say?” I asked.

“Quite simply, because that’s the way this works. If they feel like it they can have you pulled back to Florida, and they’ll shake you down like you’ve never been shaken before. They’ll keep shaking until something comes free. And then you’ll be charged, and likely denied bail. If I were you I’d take some joy in the fact that they’re so overloaded they can’t hope to get this touched for months. Just don’t rock the boat.”

Devina looked squarely at me and then said, “Fair? You want to talk about what’s fair? You’ve screwed with some plans I had for you. Plans that would be sadly upset if you had to interrupt your use to me with a 17 year prison sentence. Just do as you’re told and I’ll keep you out of trouble.”

She then fished around in her handbag and withdrew something and held it in the palm of her hand.

“And when I say ‘do as I say’ – I’m saying not that your to take this and go to that bathroom and put it on.”

I stared at her outstretched hand. In it she held a pink chastity device. Unlike the steel one this appeared to be made of nylon. I took the object and as I looked at it more closely Devina said, “Yes, you are getting there.”

Distracted by the device, I looked up and said, “What do you mean?”

“Do you see how you were so keen to take the cage? You want, it don’t you!  Your conditioning is taking hold.”

The thought that Devina was not merely teasing me, but was exercising control over me, from inside my own head, was something that filled me with fear. I was completely unable to resist. She was right.

“Well, you say that now,” said Devina, matter of factly. She then pulled her cell phone from her pocket and made a show of going through the contacts until she found Miami Police Department. “One call…”

I looked at the cage. It was well made and the nylon was hard and durable. I could see it would be impossible to break.

“If I find you’ve interfered with it, Andrea, I am going to be angry. You don’t want that, now do you?”

I held my silence.

Devina pulled a small padlock from her bag and gently handed it to me.

I pulled my eyes from the device and took the padlock from her outstretched hand.

I couldn’t stop looking at the cage. I found I was fixated on the device, staring but not in fear.  My fascination was different this time. I recoiled from the thought as it grew and blossomed in my mind. Oh, my god.  I was actually looking at this device and thinking I wanted it.

I pushed the thought away.

I felt my will wavering. I wondered, as I dress more would this be something I actually wanted? Surely not!

“It’s so much smaller,” I said softly.

“Good. Now, be a good gurl, Andrea and put on the cage. You need it. We both know that.” Andrea’s voice was soft, without menace. I knew she was right. I knew I could not argue against it.

Moments later, as I sat awkwardly in the cramped little washroom, the pilot announced that we were on final approach to O’Hare and asked passengers to return to their seats.

I felt the tiny padlock snap shut. To my surprise I felt a strange wave of relief pass through me as I washed my hands and left the tiny compartment and returned to my seat.