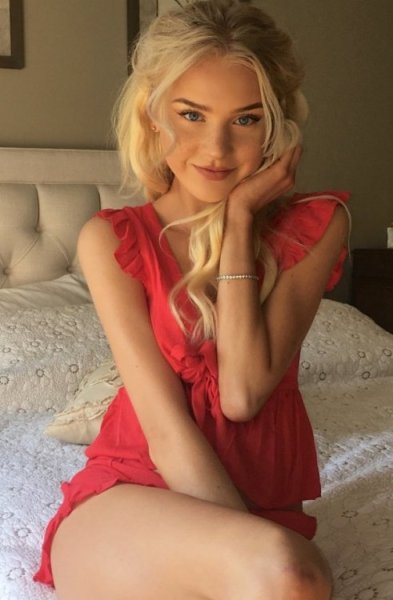 When I finally woke up I was in bed. At the time I had no memory of how I got there, but for the episode of being given some clothes in the living room and being overwhelmed with fatigue. Some men’s clothes, bought by Devina. Things came to me later, but we’ll get to that in time.

I remember thinking I’d had a drink and then got very tired. Maybe I’d just dozed off. It had been an exhausting few days. As I shifted beneath the sheets, though, I felt very strange.

I must say, I noticed that my legs were actually week. It was as though I had run a marathon. I could not imagine why, my final memory being sliding into a doze in the living room. I guessed Jenn had dragged me up the stairs and between the two of them they’d managed to manhandle me into the bed. It  was most unusual. I put it down to the tiredness and the journey and the stress of the interview.

Then I remembered the business of the picture which Devina had posted. On the other hand, she had bought me some clothes, hadn’t she? My mind was very foggy. And my mouth tasted very strange.

As I began to come back to wakefulness, I staggered out of bed and made my way toward the bathroom. I was still a bit woozy, and had a headache, though I could not imagine having a hang over from just one glass of wine.

A ran some water in the bathroom, and lifted my eyes to the mirror, and that’s when my heart practically stopped beating. The face looking back at me was a mess. And I don’t just mean the morning stubble.

“Argo!” I gasped as the face looked back at me.

I could see red lipstick, a little smudged. I had eyeshadow on. Blue, and grey. My eyes were ringed with black, was that really eyeliner. Oh, my god! It did not take a detective to figure out that something must have happened while I was asleep. It was probably that bitch Devina, again.

I bet she’d been the one who put make up on me. I immersed my face in warm water and began cleaning the makeup from my skin. As I came back to full wakefulness, I soon noticed something rather different. I was colder. It sounds so foolish, but I was definitely cooler.

I looked down at my legs and noticed for the first time that they were devoid of hair! I lowered the boxer shorts I had on, a courtesy of my sisters, maybe, and let out a gasp. Not a single hair remained.

“I’ll fucking kill that bitch,” I said quickly toweling myself dry and then brushed my teeth. That felt a little better.

Regaining my sense of righteous indignation I stormed downstairs in search of either Jenn, or Devina. My legs were quite wobbly, and stiff, I noticed. Who did they think they were, doing such things! What else could they have done?

The sun was well up in the sky, and the time was past 10. The girls were both out and I was completely alone in the house. My clothes were laundered and folded neatly on the table in the kitchen, including the new ones Devina had bought me.

I felt a slight twinge of mild confusion, only for an instant. Gratitude for the clothes, mixed with an overwhelming desire to push the bitch into the path of an oncoming truck.

I hurried back upstairs. There in the wardrobe was my own jacket, thank god I did not have to wear one of Dennis’s again. In the pocket was my air ticket back to Chicago, and civilization. I glanced at it. My flight was in three and a half hours. I had just enough time to have some breakfast, throw my few articles of clothing into a bag and get a taxi, but more than that was out of the question.

I packed a few things into an empty case I found in the wardrobe, and put on the new underwear, pants and shirt Devina had bought me. They were very fine, and I know she must have spent quite a bit on them. Better than Walmart, anyway.

I whisked up an omelet, and called the taxi company. I tried Jenn’s cell, but got no answer. What was in their minds, I wondered. They’d obviously had a jolly good laugh at my expense and I felt embarrassed.

“Women!” I muttered as I hurried my breakfast down. “All a bloody good joke, at my expense!”

I tried to dismiss the idea, after all how bad could it be? So, they put some make up on me, and shaved my legs. And yet, I did feel violated. Something was really not right.

I was still puzzling over the way my legs felt so shaky when the taxi arrived outside. There was the usual honk of the horn, I took my bag and turned off the lights and left the house, swearing I’d kill Devina if I ever saw her again, and hobbled my way to the taxi. My legs were quite devoid of energy. Within an hour I was sitting in the plane and settling back into a cramped seat to try and sleep my way to Chicago.

It crossed my mind that I felt I had been up all night, without a wink of sleep. I slipped into a deep sleep before the plane even left the runway.
_____

I slept deeply awaking as the plane was on final approach coming into O’Hare. There was someone next to me, who I had not even noticed when I sat down on boarding. I must have been right out of it.

I remembered dreaming. Strange dreams had filled my sleep. I felt my mouth pushed open and something forced into it. While it seemed odd, I had not minded. It tasted wonderful. I liked it, and couldn’t conjure up the image properly. It was as though it was some sort of unusual flavor.

And there had been laughing. People having a good time. I was the centre of attention, and everyone seemed to pay me attention. It was wonderful but in that indefinable way that dreams have of not quite letting you grasp the crux of what was happening. I felt the ache in my jaw, it was still a little stiff. I guessed I’d just slept with my mouth open.

I thought of all the people I’d seen drooling in their sleep on the many flights I’d taking. I guess that’s what it felt like.

As I made my way through the terminal I became aware of the woman in front of me, hurrying to the baggage claim. Her dress was short, and with her back to me I imagined how it must feel to sense the fabric on her skin, how it brushed the back of her legs. It looked very cute.

I hurried toward the waiting taxis as she peeled off to pick up her baggage. I loved the way the spaghetti straps of her summer dress showed the line of her shoulders.

The was a short queue for taxis, and I noticed the man in front of me, a good looking young man with a tight tee shirt on.

‘Funny,’ I thought to myself.  ‘His jeans look very snug, and his buttocks firm,’ I said to myself as he stepped into a taxi.

A moment later I was stepping forward and taking the next free taxi, and heading back into the city centre toward my apartment.It wasn’t until I was in my apartment settled down with a cup of tea that I really noticed anything particularly strange. Apart from the fact I had virtually no recollection of anything after arriving home the previous day from an interview, and a vague recollection of wine in a glass, I put it all down to just being rather tired.

As I unpacked the new clothes Devina had bought me, a curious thought crossed my mind. I was sitting looking out from my downtown apartment at the summer streets, still busy with shoppers and tourists. I remember the moment, because the realization it revealed seemed a tremendous epiphany.

“If I had tried on those silk panties and enjoyed it,” I thought, “but no one had seen it, would I feel so guilty about it all? I mean, really?”

After all, it’s only others perceptions I was worried about. If I was totally honest with myself, I felt quite excited at the thought of putting on some sexy underwear. And, if no one knew… Where’s the harm? I even dared to admit, it was vaguely exciting.

I toyed with the thought. There were still a few shops open down the road. While tired, I wasn’t so exhausted that I couldn’t face a quick browse. Besides, I rationalized, I should replace some of the clothes the airline had lost.

I stood up, and said to myself resolutely, “When the going gets tough the tough go shopping!”

I found myself thinking of beautiful pink silk panties. I could see them in my minds eye, and caught myself wondering where had I seen pink panties recently? The thought danced in my mind but elusively slipped away.

—-If you’re enjoying this please send me a message and tell me what you like best about Clothes Maketh The Man, and then reblog!—