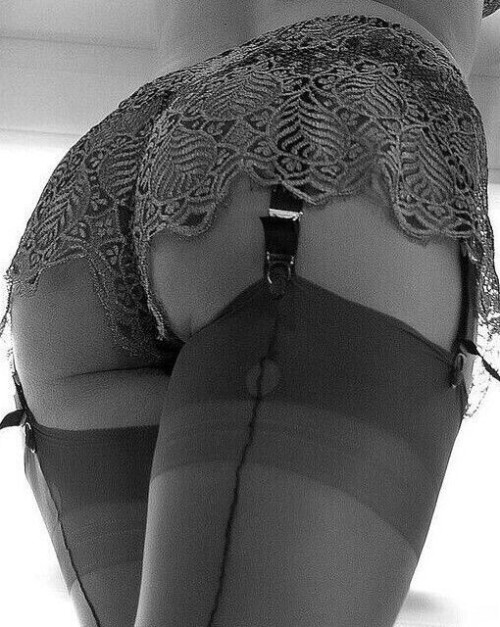 My decision to go out and buy some panties was the result of wanting to experiment, nothing more. I’d found myself in what can best be described as a compromising position recently, when through a series of unfortunate events I had been photographed wearing some panties mistakenly put out by my sister. It’s kind of a long story, so to best understand it you should probably go here: https://fionadobson.com/clothes-maketh-the-man-part-1/

In the spirit of experimentation, I decided that I would try the experience voluntarily, and see if the process still came wrapped in feelings of embarrassment and shame. As I wandered into a large clothing store, I wondered, perhaps this process would purge me of the strange feelings I’d recently been experiencing.

I found the women’s underwear section quickly, looked along racks and rails of panties and quickly scanned the colors and sizes. I decided to keep it simple. Black. Size, I took a wild guess and thought XL. I quickly found a pair, little bit of lace trim, and picked them out to take to the checkout.

As I turned to walk towards the checkout I stopped. A little voice was telling me, wait! This isn’t the way to do it. This is how men buy clothes, slow down.

I paused. It was true. Men buy clothes quickly and purposefully. This process should be slower.

No one was paying the slightest attention to me. I walked slowly back to the rack. I walked along it, stopping now and then.

There were some red thongs, but i felt I wanted a bit more fabric than that. I looked at some high waist apricot silk briefs, but kept feeling drawn back to a pair of pink panties, very low cut across the hips.

I could imagine looking good in them. In the end I settled on the pink and the black. As I strolled toward the checkout, I looked for the one with the shortest queue. The till was being operated by an enormous middle aged man. I swung left and altered course for a checkout operated by a woman. The queue was much longer, but it felt so much less intimidating.

As I stood waiting I imagined what a man might think if they guessed these were for me, rather than some fictitious wife I felt I had to imagine having. While slightly disturbing, I was surprised to realise I found the thought strangely exciting. Imagine, a man wondering…. No, it was too absurd.

As I waited I found myself becoming increasingly aware of the men around. I glanced at them, sizing the  up. This one a little too fat, this one too old, and this one – well, perhaps I could imagine him – I stopped myself, a cold shiver running through me.

I was straight, how could I possibly be imagining myself with a man. A man who would roughly take me from behind, pushing my skirt up and forcing me on my face. Oh, the thought of it almost made me tremble. I stopped thinking about it. I was shocked at myself. On the other hand…

The thoughts that were involuntarily creeping into my head were becoming ever more persistent. As I walked back from the store, I imagined myself in my newly acquired panties. “Well,” I thought, “I feel no guilt. It’s just a private pleasure. Nothing more.”
And yet there was a growing awareness in my mind that when I tried on these panties I’d be thinking about the man in the airport with the firm buttocks. Also the man in the store. Would they look at me with desire, given the right circumstances? Would they want to have me?

Such thoughts seemed to settle, sink deeper and gradually grow, taking root. I was both shocked, surprised and secretly tantalized by the fleeting moments of excitement they brought. And the more I thought about them, the more I became aware that the awkwardness around them was beginning to dissipate. As I sat on my bed in the apartment and pulled on the pink panties, smoothing them and shaping the fabric, arranging myself discretely, I began to feel completely at home with the idea. Why shouldn’t I enjoy this secret pleasure. Perhaps even, just as a fantasy, I could imagine having a lover.

I realized I had turned a corner, and that I would probably never be able to go back. My heart was racing, my body excited and feeling charged up with erotic thoughts. Only this time, I saw myself beneath the body of a powerful man, taken, and gasping as he did so. I could see my fingers pressing into his flesh, struggling. And yet it was not the struggle of resistance. It was the struggle of an urgent need for more and deeper penetration. My mouth was open in a gasp and I found myself wishing I could feel the hardness of a man in my mouth, against my body and deep inside.

I suddenly knew I was never going to be the same again.

I found myself lost in a curious fantasy. I had enjoyed occasional bisexual fantasies before, but this was a little different. This time I visualized myself dressing, looking quite wonderful, transformed with both makeup and lingerie. Yet this time there was something compelling about the clothing, the persona.

I could see myself craving the attention of a man. I wanted to feel the man against me, in my mouth, and deep inside me. The more I thought about the panties, the situation, the more I realized that if I were to wear the clothes my body was being drawn deeper and deeper into the need for a man to take me.

I felt a sense of revulsion for this idea, repelled by the mechanics of it – and yet… The urge was so strong, that as I looked at myself in the mirror, I couldn’t help but wonder how it would feel to be a slut for some stud, just for an hour or so. What might that feel like?

How would i feel, dressed in these wonderful pink panties, to kneel, mouth open, and satisfy a man? Could I do it? Why not, I asked myself. It felt almost as though I not only could, it might be the most natural feeling in the world.

Gradually, as I played the fantasy through in my mind, I began to feel like I wanted to. I needed to. Gradually I realized, I had to.

To read the next part of ‘Clothes Maketh The Man’ go here: