How time flies when we are having fun. And indeed, these days I find the days fly by, but as you may remember, when Dillon McKlusky bullied and humiliated me back in school, times crawled by. Imagine, wearing panties and all the boys and girls teasing me. It was terrible. But, if you’ve been following my story you’ll realise that fate has a way of evening things out.

Following my little outing to church I decided to formulate the rather more serious ‘outing’ of McKlusky. He called me several times during the day on Sunday, and Monday, and I felt it best to let him sweat. He must have felt somewhat threatened, I imagine. Though nothing he had so far experienced would compare to the avalanche that was about to fall on his head.

On the Tuesday afternoon I called him, at ten to five, knowing he’d be leaving work soon.

“I’m fine,” he snapped. “What the hell were you doing in church on Sunday?” he snapped down the phone.

“Why, Dillon, I’m sorry. I thought I was being very discrete. I had no idea I might bump into you.”

“I’m so sorry, Dillon. I had no idea this might cause you some embarrassment. And I was hoping…” I let the words hang in the air.

He softened a little as he spoke, and I felt my resolve set like molten titanium hardening in a mold.

“What we’re you hoping?”

“Oh, I was just hoping you’d join me for dinner again on Friday, but if you’re too busy,” I waited a moment and right on cue he cut in.

That’s what you think, I thought to myself. 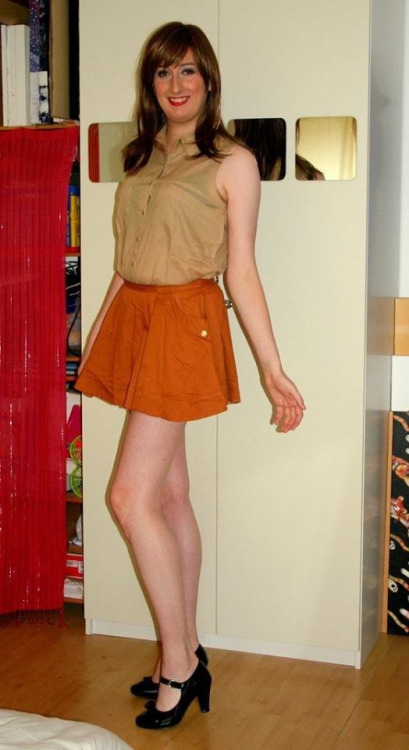 While I didn’t think it likely, I did think it vaguely possible that McKlusky was getting dumber with each passing day. His cruelty to me as a child would soon be coming back to haunt him, and he seemed to be choosing to run headlong into my trap. If you’ve ever asked yourself if the lioness ever has sympathy for the mouse it easily devours, let me tell you – no it doesn’t.

That Friday evening we once again met at the restaurant at 7 pm. I could tell McKlusky had enjoyed a quick drink before joining me. In fact, I suspect he’d had several. I thought about how he imagined the evening might go. He’s doubtless had a good laugh with a couple of his repulsive friends, and now here he was walking in to the restaurant, imagining that he looked good, and he was going to sit with me – a beautiful and lustful woman – who he would later fuck and then return to his devoted, but easily fooled wife.

I felt great sympathy for Dora. I knew she probably ran around after the pig, and sacrificed herself daily on the alter of his selfishness, thinking that one day he would change. I justified what was about to happen with the thought that at least she would know the truth, and with the truth comes freedom.

I had earlier that day set up an account with a messaging app on my laptop.  At 7.43 pm precisely it would send a message with a photo attached, to Dora’s cell phone. The attachment was a very explicit photograph of McKlusky, with the handsome features of my friend Michael bringing him to climax, the evidence of which was liberally evident in the photo, as was McKlusky’s distinctive tattoo.

I knew I had to keep things going until 7.43 precisely, at which the evening would get decidedly interesting.

We’d ordered and there was an awkward pause in the conversation. I decided to drop a little bombshell.

“There’s something I want to tell you, Dillon,” I said. He was about to say something so I cut in, “No, let me speak,” I said. “I know you and Dora are very much in love, and I understand that. It’s OK. I respect you for that, Dillon. I want you to know, I understand.”

There was a look of relief on Dillon’s face.

“No, I know what you are going to say. You’re going to tell me I’m important to you and that you care about me.  Let’s not be silly. I know what I am to you. It’s fine. I can live with that. If I have a little part of you now and then – well, I’m OK with that. Really.” I reached over and tenderly touched his hand.

The time was 7.41 pm. Dillon looked relieved. Who wouldn’t? I’d just given him free license to do anything he wanted with me, with no guilt.

“I want you to know though, as much as I am your dear, dear friend, I have a career. I am going to be spending some time in Miami soon, on a contract. I may pop back now and then, but I will be leaving for a while.”

I could see Dillon wasn’t sure whether he should look relieved or disappointed. He liked the idea of ravaging my body, which he’d be doing in a few short minutes, he doubtless thought, but at the same time he had the perfect out. He could drop me whenever he wanted. It was perfect. His relief was all over his face.

I saw him look down at his phone buzzing on the restaurant table. The food was suddenly tasting particularly good. I leaned forward, emphasizing my cleavage. His eyes drifted to my breasts.

“You know I will always be very fond of you, don’t you?” I simpered. “You are a very special friend.”

He looked down again at the phone which was buzzing insistently. His attention was torn between me, my low cut dress and his phone.

He fiddled with the phone, clearly distracted.

“I appreciate that,” he mumbled. “Work’s been hard lately, and Dora, she sometimes doesn’t understand.”

The phone was insistently buzzing again. He picked it up and flicked through a couple more texts, then turned white and stood up. “I think I’d better take this.”
“I need to, errr, powder my nose. And then perhaps we should go back to my place,” I said with a naughty smile. “Let’s have some fun tonight.”

I stood up and slowly walked toward the restrooms. Behind me I could practically feel the heat of his stare and his distracted confusion. I spent a good ten minutes in the restroom letting events in the restaurant play out.

As I washed my hands and toweled them dry I wasn’t sure what I would find walking back into the restaurant. I took my time, checked my make up, and re did my lipstic. Perfect. I figured that by now McKlusky would be running around like a headless chicken, and left the restroom to return to the dinning area. But I’ll save that for my next email to you. I hope you’ve enjoyed tonight’s message.