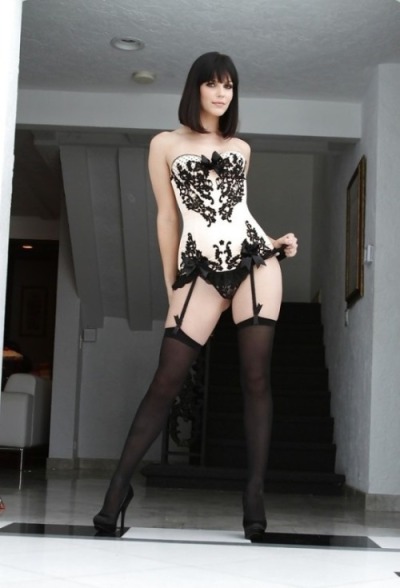 I arrived late in the day, and with the interview at 11.30 the following morning I knew I would end up buying a new suit and a few bits and pieces. Jenn had picked me up at the airport and as we pulled into her drive she told me “Don’t worry about your clothes, there’s a mall five minutes away. We’ll get you some things in the morning.”

“Thanks, Jenn,” I said. “Maybe Dennis has a shirt I can borrow.”

Dennis was Jennifer’s husband. He was painfully boring and very intense. He was one of the few men I knew that was born with the sad affliction of having absolutely no sense of humor whatsoever. This did, however suit him very well, working for the IRS.

“Dennis is away this week,” said Jenn. “He’s doing some training in Los Angeles.”

Jenn gave me one of her looks, knowing how much I disliked her husband.

“Well, I’m sure you’ll find his sister Devina to be fun. She’s staying over while he’s away. Just to keep me company.”

“That’s very thoughtful,” I replied. I’d never met Devina, though I’d heard of her a few times. She was generally though tot be the absolute opposite of Dennis. Any parents who would name their kids Dennis and Devina had to be a little odd. Mind you, they were named Deborah and Devon.

“I’ll put a few clothes out in the spare room, and you see if anything fits,” said Jenn as she stepped from the car.

Jenn’s house is opulent and conservative fitting a middle ranking government servants wife. With no children and few expenses Jenn and Dennis had done very well.

Their marriage was as successful as a marriage can be if you’re betrothed is a dead fish, but she seemed relatively happy. She certainly never complained about her circumstances.

As we entered the house I caught a fleeting glimpse of bathrobe swathed woman hurrying up the stairs and disappearing into a bedroom.

“Great,” came a voice from upstairs. “I’ll be down in a minute.”

Devina joined us in a light salad dinner. She sipped the wine, paid me a lot of attention and sat disturbingly close to Jenn. From time to time she’d laugh strongly, and lay a hand on Jenn’s wrist, lingering a little longer than is quite usual.

I couldn’t  help noticing, Jenn wasn’t fazed by this at all. She obviously not only liked it, she was used to it and I quickly realized the chemistry between the two women was more than merely friendly.

I was quite sure that beneath the table Devina’s hand was massaging Jenn’s leg, or maybe playing with her a little. She was quite brazen, looking me in the face while sliding her hand up my sisters thigh. I was surprised to find this quite a turn on.

After we ate I went upstairs with Jenn. She showed me to the spare room, and suggested I shower.

“I’ll find a few of Dennis’s things and lay them out on the bed. Try some on and see if any fit. If they do then you won’t have to buy too much tomorrow.”

I stepped into the ensuite and closed the door. It was a huge bathroom, and the shower was wonderful after the journey. I stood under the flowing water enjoying the feeling of water cascading over me. I am going to guess about ten minutes passed, and when I came out wrapped in a towel there were a few things on the bed, neatly laid out.

A smart plain white shirt, a suitable shade of ‘government boring’, and a complimentary tie. There was a suit and some boxer shorts. I wasn’t sure about wearing Dennis’s boxers. The thought didn’t sit well.

Jenn had included some socks and shoes and a couple of more daring shirts, one a dashing shade of beige and one a sharp blue pinstripe that seemed very out of character for Dennis. Perhaps it had been a gift from someone who had never met him.

I went one last time to try another sweater on, and when I returned to the bedroom noticed something else on the bed. It was a pair of black satin panties, laid out with calm deliberation next to the boxes I’d been so hesitant about.

I laughed to myself, thinking Jenn was playing a joke.

I took off the shirt I was trying on, and slipped the panties on, to see how they looked and thought I might play along with the joke.

I think I imagined walking into the living room and saying something like “Well the shirts were a little boring, but Dennis’s panties are just fabulous!”

I checked in the mirror in the ensuite to see nothing was out of place, and then walked back into the bedroom, just as the door swung open and Devina walked in.

I was still grinning after laughing to myself, and Devina took in the situation in a heartbeat. Me grinning, the black satin panties, and then the surprised look of guilt on my face.

“Oh my goodness, Andy! I had no idea,” she said in a deep and breathy voice.

“Oh, I know what this is,” she shot back quickly looking a little shocked, but swiftly going on the offensive. “Mind you, they do look rather good on you.”

I laughed nervously. “No, really, you don’t know what this is!”

“Andy, look at yourself. You’re standing their in a pair of girly panties, getting hard. Now, believe me I know what this is.”

I looked down at myself and found to my horror she was right.

“It’s ok,” she said gently walking over to me. “I’m not going to tell anyone.”

With that she placed her hand under my balls and lightly squeezed though the black silky fabric.

But from now,” she said firmly, “these are mine!”

I was suddenly so turned on I did not know what to say. As I stammered something out, she confidently turned and left the room.