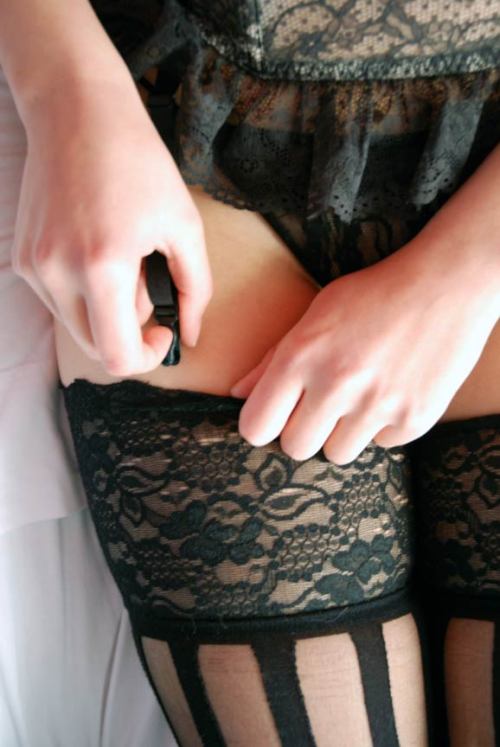 In the days that followed an interesting change in my lifestyle began to emerge. In hindsight I suspect this was something that was predictable, but at the time it all seemed like new ground. My life had become a roller coaster of new experiences, in so many ways, and amid that turmoil some of the more subtle shifts went largely unnoticed.

My typical day would start with me getting up and putting on a soft dressing gown, and pink fluffy slippers. Breakfast would be in my living room, rather than on the balcony where I had previously enjoyed a croissant or a bagel, some cream cheese and a coffee. With the big sliding doors open I could still enjoy the morning sunlight, but without the prying eyes.

Typically I’d work from home in the morning, so it was not unusual to wear some yoga pants, a tee shirt and beneath these I may wear a sports bra and panties. Sometimes the tee shirt would be replaced by a soft blouse, depending on my mood. Yoga pants might be switched up with tight leggings, or even one of the little skirts I’d found on pleasant shopping trips I’d make now and then.

Lunch was often with Steve at a nearby deli, which had a courtyard, and was spent in the summer weather in androgynous shorts and a shirt. No one would suspect that the mornings wear was so very different. I enjoyed a sense of invincibility, knowing my deception was so easily pulled off. Yet, I also felt an awkwardness at my darker secret of having enjoyed the sexual abandon of my trip to San Francisco. I suppose that was a sense of guilt.

The business was flying. Emails came in from San Francisco and Steve and I would act upon them swiftly adding to our own clients and as the month ended we were surprised and excited to see retainers being paid from both our new business alliance in San Francisco and our growing client list. We were looking very healthy.

In the afternoons, after our lunch time meeting together, we’d generally either work on the creative and account management side of the business, or go to client meetings. In my car I’d carry a change of clothes, a suit and a pair of what I now considered boringly conservative shoes. Waltzing into a client meeting in one of my growing collection of dresses and patently leather heels was so far from our reality it didn’t bare thinking about. In what possible reality could such a thing happen?

Later in the day I’d return to my condo and slip into one of the growing collection of femme clothes. These ranged from simple casual long dresses, cotton and flowing, to a very lovely evening gown I’d picked up in a consignment store. Buying such things was no longer the angst laden process that once it had been.

I found that I would gravitate easily to wearing a feminine wardrobe, without really thinking about it. It simply felt comfortable, and easy.

And so it was that time began to pass, and the new version of ‘normal’ began to settle in. I began to notice that when I’d look at young people, jeans hanging far down their buttocks, and their style so expressively demonstrated in their clothes, I’d find myself thinking, ‘Huh, someone else who likes to dress in their own way.’

I felt increasingly that how I clothes myself was my business and no one else’s. Slipping into something ‘more comfortable’ no longer carried a sense of awkwardness. And so it was that after a particularly long business day of client meetings, I found myself walking into my apartment, placing my laptop on my desk and slipping into the walk in closet in my bedroom, and kicking off my ‘man clothes’ and sorting through some sensual lingerie to wear beneath the lovely evening dress I felt like putting on for the night.

I had a rather fetching burgundy collection of panties, bra and suspender belt. They looked particularly good with the dark blue of the evening dress. Once I’d put on some sheer nylons, attached the suspender, I walked to my bathroom, and applied a little make up, before returning to my bedroom and pulling on the dress. It fitted beautifully, my efforts to lose a few pounds gradually paying off.

I stepped back into the closet to sort through the limited but high quality shoes I’d collected. I tried first one pair, and then another – a great heel and a patent leather conservative style. As I bent down, and examined the various shoes I became aware of a first a jingle, then a sound that made my blood run cold.

I could hear someone trying keys in my apartment front door, and then the telltale creak that it always gave and needed just one drop of oil – but I had quite deliberately left untended.

Someone was in my apartment.

I froze where I was. It could not be an intruder. Intruders don’t carry keys. They also don’t wear heels. 3 inch, maybe four, by the sounds of them. And that step…,

Oh, my god! It was already the 15th! Today was the day I was supposed to pick up Mandy from the airport on her return from her business trip.

I slowly and silently slid the door of the walk-in closet closed. I could still hear her moving about my apartment, a tap running, the kettle beginning to boil.

As I crouched down wondering what to do, I was never more aware how impractical and uncomfortable 5 inch heels are. To move more than an inch or so would result in sounds that would surely attract Mandy to the bedroom. After a moment or two it felt as though my calves were on fire.

I froze as I watched through the slats in the closet door, as first a shadow passed by my bedroom doorway, and then the form of Mandy appeared. She stood, framed in the doorway looking a little puzzled. She was early, by about three hours. I had completely forgotten she was flying in this evening.

Clearly she’d arrived on an earlier flight back from Europe and had come over unannounced, to visit. I doubted she was here to give me the details of her trip. Usually her visits consisted of me welcoming her, and her pushing me in the direction of the bedroom.

She slowly walked into the bedroom. She looked to and fro, and my mind raced. The fluffy slippers were by my bed. For the moment they were out of sight, but there were some leggings draped over a chair, and a pink tee shirt lay on the bed. It caught her attention, much as a field mouse, once noticed, is fixed in the stare of the hawk overhead. Once seen the poor rodent is already as good as dead.

She walked to the side of the bed, and with one long extended finger, picked up the offending tee shirt. She then did something I found unsettling. She smelled it.

I held my breath as she circled the room, her eyes taking in everything. I tried to remember if there was anything else in evidence. As I did so I realised that in the bathroom an array of makeup was in plain sight.

My heart was pounding. Mandy was barely three feet from me. I tried to still my pounding heart. As I watched the disrupted view from the closet I tried to imagine the result if I just walked out of the closet.

At that moment time seemed to slow, and Mandy pulled a cell phone from her pocket, and dialled a number. Looking at my feet I saw the trousers I’d worn that afternoon casually discarded in the closet, and the telltale glow of the screen of the cellphone in the pocket as it came to life.