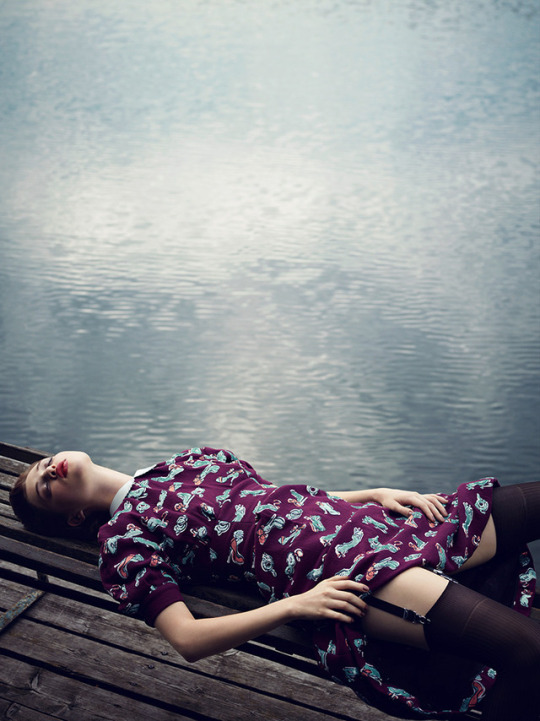 It turned out that Devina’s flight was delayed. She eventually arrived at my apartment in the late evening. I had spent most of the afternoon worrying about what I was going to tell my nemesis, such as I thought Devina to be.

I could go with the idea that Trixcie had run away, though that would reflect badly on my level of care, for which I would surely pay most dearly. With Devina’s history of blackmail, physical violence, not to mention the involuntary application of a male chastity device, I felt upsetting her may be a path best avoided. And yet, the death of her dog was sure to sting. I even felt a very small (infinitesimally small) pang of sympathy for the ridiculous creature. It was not easy to remove the image of Trixcie, looking up in confusion, the colorful ball in her mouth, as several tons of fresh concrete engulfed her amid a look of terminal surprise. Why could it not have been Devina down there? Does fate have no sense of justice?

I could go with the truth, and say that through a tragic oversight I buried the tiny chihuahua and that Trixcie was forever part of the Chicago sidewalk. To think that each time I stepped into my apartment I would be doing so over the concrete encased form of Trixcie gave me mixed feelings. On the one hand, I’d traipsed around after that ludicrous animal picking up it’s poop and searching for the key I’d been told it had swalloweed. On the other hand in some minor way I felt a little attached to her. I’ve always had a soft spot for the underdog, after all. And now the under dog was under foot.

I must say I was also sadly troubled by the thought that all this time I had thought my girlfriend Mandy had been going to a book club, she had been attending Chantelle’s lesbian sex parties. As mind boggling as this seemed generally, it did leave me feeling that I had in some way grossly misunderstood the nature of our relationship. This, coupled with the deep discussions we’d had about The Catcher In The Rye, seemed to put our friendship in a rather different context. Now that I thought about it, those discussions about the books her book club been reading had seemed a little one sided.
Call me over sensitive, if you must, but I did in some sense feel I needed to re evaluate a number of the relationships in my life. Finding myself in a relationship with a lesbian, the subject of ongoing blackmail from an insane sadist who thought nothing of drugging me and doing god knows what with my body, with god knows who, and partnered with a firm of advertising executives who had recently released copious quantities of bodily fluids over me, whilst I was dressed as a bride, did leave me wondering if I’d made some poor choices in life. One can’t help but think, there might be a better way.

Like a schoolboy trying to come up with excuses for his late homework, I tested each successive thought about what I should tell Devina about Trixcie and each one seemed destined to fail. I was at a complete loss as Devina let herself into my apartment, without the courtesy of even knocking. I suppose there was no point even maintaining the pretense that I had any control over my privacy. After all, I had no control over anything else in my life.

“I expected you earlier,” I said as she swept in.

“You look terrible,” said Devina. “You look like someone died!” She paused, and then carried on matter of factly, “I don’t see why you look so upset, Chantelle released you I’m told. You should be looking a lot more relieved, I would have thought. Unless of course you liked…” Her voice trailed off.

There seemed to be a chill descending over the room.

I nodded slowly, then pressed my hand to my eyes, and felt the crushing anguish of not knowing what to say.

“Oh God,“ she paused and looked out of the large window across the Chicago skyline. “Was it the tumor?”

Not knowing what to say, I slowly nodded. I had no clue what she was on about.
“Oh, I thought she had longer, otherwise I would have said…”

As my mind raced I scrambled to make sense of what she was saying.

“I’m so sorry.” I said. Looking into the far distance across the night horizon. “She was…”

Devina looked at me. “I know, you must be as upset as I am. She has that effect, she sort of gets to you.”

I nodded silently. If I’d known she was sick I could have wrung her neck that first night and saved myself searching through her poop for a week.

“I had no idea you had become so fond of her,” she said misinterpreting my discomfort for grief.

Devina was tearing up. I shifted uneasily, and found myself looking out of the window directly down at the sidewalk far below exactly where Trixcie had landed only hours before.

“She was such a tender soul. I think her journey was destined to go another way… Fate just led her down another path.” She bit her lip in anguish and choked back the tears.
I stared at the sidewalk.

“I guess we all have our predestined path, Devina,” I said and put my arm around her shoulders. “She won’t be forgotten.”

Devina left shortly afterwards. She was visibly upset and as the door closed behind her I let out a sigh of joy and went to the cabinet where I kept a few drinks. I poured a nice pinot gris, and waltzed to my bedroom. There I walked into my closet and took a nice evening dress from the hanger. Stepping into it, and a pair of wedges, I smiled a jubilant smile.

I put a little Erasure on my Youtube music app, and it filled the room. Sipping my wine I stared out of the window with an idiotic joyous grin on my face. The dress felt heavenly, and I found myself humming to the music. Such a lovely composition.

And far below, Trixcie. Decomposing.

I felt my luck was changing.

What will happen to Andy next? Find out by continuing to enjoy Clothes Maketh The Man here. Support my work by becoming a Good Gurl member.

I am so pleased by the kind comments about this story. It’s been running since March 2016. I have decided to make all episodes free now, and the project is entirely supported by my membership. If you’re enjoying the episodes be sure to join as a Good Gurl member.