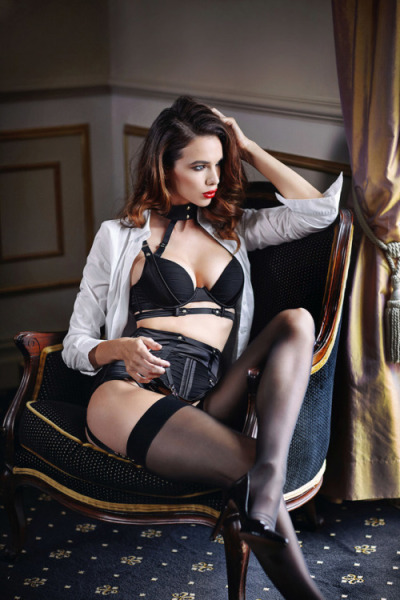 It’s funny, don’t you think, when conversation comes so easily how rapidly the boundaries between two people fall.  I found Margo easy to talk to, and we fell into casual conversation very naturally.

Admittedly I overlooked mentioning that I’d had my cock locked up for what seemed like months, and that I was recently freed. I also neglected to mention that I had ‘appropriated’ what appeared to be a little over a million dollars in cash in the last 24 hours, according to a hasty count I’d made in my room the previous night.  I may also have overlooked a few details about my girlfriend who I’d recently learned was a lesbian, and not the person I thought she was at all.

Now, on the face of it that may have appeared a little deceptive. But for the moment I’d like you to just give me the benefit of the doubt. You’ll notice I used the term ‘appropriated’ when referring to the money in the rental car.

I told myself that I could not help it if Brother Billy had left money in the vehicle. After all, I’d really only ‘found’ the bag. Was it not merely chance that it happened to contain a large amount of entirely untraceable currency. And given that, I was just looking after it till someone came forward and said, “Excuse me, have you found a million dollars in used notes, by chance?  I think I left it in your car.”

Now, call me overly perceptive, if you like, but I’d noticed Margo seemed quite preoccupied as we’d found the bar, and it wasn’t until the third tequila in swift succession that she opened the flood gates.

“You seem a little troubled,” I said, borrowing a phrase Brother Billy might have used with one of the flock.

“Troubled? Damned right I’m troubled.” She quickly put the next tequila to bed.

“Hey, it’s not you. Far from it. It’s the relationships I have in my life. My last boyfriend left with so much as a goodbye and took what little jewellery I have. And this morning I learn that Brett, of Brett’s Travel is in Europe with no intention of coming home.”

“Well, how’s that going to affect you?” I asked.

“Well, it means I don’t have a job, and he’s asked me to send what little he has here on to him in France. Apparently he’s bankrupt and any assets he does have are likely to be seized on Monday or Tuesday when his creditors realise he’s not going to be making a court date. So, it’s going to affect me pretty badly.”

“I’m sorry,” I said try to be as sensitive as possible.

“I think it’s part of a bigger problem. I think it’s about how I form relationships. I mean, I just pick really, really bad people. Or not even ‘bad’, but unfortunate. I make ‘unfortunate’ relationship choices.”

She laughed a little, but not so much that I would think she was dismissing me. It was encouraging.

“How about you,” she said. “How are your relationship choices.”

“I don’t think anything stands out as being particularly ‘unusual’,” I lied. “I guess I’m pretty boring really.”

Margo looked visibly relieved. She relaxed a little more. She was well on the way to being totally relaxed by the alcohol, but she went that extra mile anyway.

Margo went on to give me a run down of unfortunate relationships culminating with the fact that now she was unemployed. I probably shouldn’t have said the words that fell from my lips so naturally after hearing this tale of despair.

The road out of town was flanked by low scrubby trees. There hardly seemed an inch of shade from a hot sun.

I got the sense there was a lot of tension in the car as we left the town behind us. Margo was deep in thought and very quiet.

As she pulled off the road at a store I asked her, “Why here?”

“Because of the marina,” she said, and walked into the store.

I glanced about but could not see where there would be a marina. Only when she came out carrying a bottle of wine, and we walked across the road and through a broken-down old gate did I realise there was a path leading off the road. After following the path with Margo for a hundred yards or so we came on a river and sure enough, there was a jetty and a handful of small fishing boats and pleasure craft.

I followed Margo onto the jetty and stepped onto a compact little cruiser and she pulled a key from her pocket. After unlocking the teak door, we stepped down the companionway into a surprisingly spacious saloon, with big windows and well-appointed galley.

This certainly beat sitting in the bar in Fort Lauderdale. We were both pretty drunk, but certainly feeling pretty playful. Once aboard Margo showed me over the little vessel. As she showed me, though I knew we both were aware where this was going.

It wasn’t long before Margo pulled out an extension from the base of the seat and converted the seating in the salon into a queen size bed. With what appeared to be practiced confidence she pulled closed the blinds and threw herself on the blanket.

As I fell in beside her I reached over and began to unbutton her blouse, slowly.

“You do want this, don’t you?” I asked as the last button released, and her breasts were exposed as the blouse fell open, revealing full round breasts with hard nipples standing proudly.

“Oh, Andy,” she sighed, as I softly caressed her breasts. “It’s so good to find someone… someone…so normal!”

My fingers undid the button of her jeans, and she swiftly pulled them down, revealing plain black panties. I fuller cut would have looked better, I fleetingly thought. And better on me for sure.

Margo reached a hand down between my legs and felt the swelling of my dick. As she did I could hear her breathing coming quickly, and I knew she was as desperate as I was for release. Now, keep in mind I’d been locked up for an extended period, and by now I would have done virtually anything with virtually anyone.

I felt I should pull away, tell her that actually I was anything but ‘normal’.

Instead I felt her fingers now frantically undoing my belt, then the button on my jeans.  She pushed me harshly back on the blacket, and straddled me, shrugging off her blouse.

“Margo,” I said. I felt some strange feeling encouraging me to tell her exactly who I was.

In a moment her lips were on mine stifling all words, and her hands on my shirt, pulling it. At first I was reluctant, for all of about three seconds, and then in equal frenzy I tore at my clothes and was naked in seconds.

Perhaps it was the tequila, or maybe the hot night air but in seconds we were together our bodies melded in one seething and writhing movement of languid motion. In a Margo’s hips were driving against me, and my body pressed to hers and as we moved and gyrated we found the sensations quickly turned to an almost trance like elevation of sensual immersion. I shuddered inn climax as she gasped and echoed my intense, though brief progression to climax.

I collapsed exhausted beside her and was swiftly lost to sleep.

I was aware of several things simultaneously. The morning sun. The smell of coffee.  The saloon door wide open and cool air. A woman shouting.

“Boring? You’re ‘boring’? What the fuck is this!” Margo was furious.

I blinked the sleep from my eyes and a newspaper hit me in the face.

“And I thought it was exciting to find someone ‘normal’.”

She slammed her coffee cup on the table, got to her feet and stormed out of the saloon. I heard her receding footsteps on the jetty, as I looked at the newspaper and read the lead story.

There on the front page, taking up at least half of it, was a still image from the security footage from the bus station. A nun was boarding a bus, carrying a bag. Just visible were the fishnet stockings. And clearly visible was my face, passably female but definitely me. The caption even named me.

The camera had got my good side.