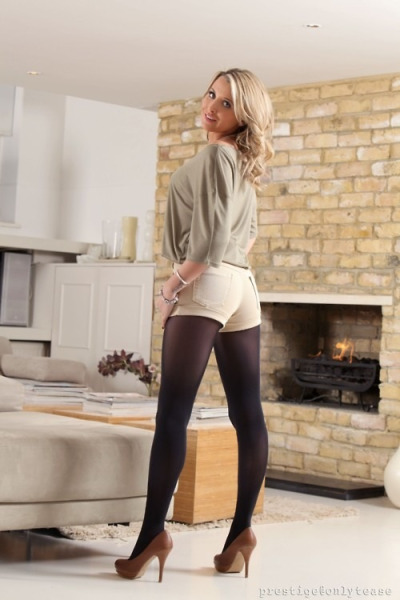 I drove quietly along the road, noticing a series of police vehicles, lights ablaze, moving in the opposite lane. In as calm and unhurried manner as possible I slipped along the road, my mind racing.

What on earth could brother Billy be mixed up in? And why had my room been searched? Were the two questions connected?

I headed toward my hotel feeling increasingly uneasy. When I saw a nearby Starbucks I parked the car and wandered in to collect my thoughts and have a coffee. It was all very perplexing.

I decided the best move was to touch base with Steve back in the calmer more conservative world of Chicago. I was almost feeling homesick for the chill morning air of the lake, as I sent a brief email. Even Devina, playing idly with the key of a chastity device would leave me feeling less trapped than the sensation that was growing inside me.

“Odd happenings in Miami. BB just got arrested. How kosher is St.A’s?”

Almost immediately I got a reply.

“Something smells funny,” I replied.

“Not shellfish or pork.” Came the chimed text response on my phone. Great, Steve was in the mood for comedy. I wouldn’t get much help from that quarter.

I put the phone away and wondered if I had stepped out of one fire and into another. My thoughts turned at first to Mandy, who by now would be wondering what had happened to me, and to Devina who was probably wondering how this particular puppy had slipped of her red leash diamond studded leash.

As I sipped the caramel machiado, I remembered the bags in the back of my car. Brother Billy’s dirty habits. Perhaps I should just confirm all was as it had seemed. I hurried out to the car and picked up the two bags.

As any crossdresser who’s had to change in a hurry knows, Starbucks has large and well lit toilet facilities. I suspect there’s a policy document somewhere in the Starbucks empire that states that toilets should be built to facilitate rapid crossdresser changes. They really are great, usually clean and well lit. Good for makeup.

I decided to inspect the bags in the washroom, and so slipped quietly into the deserted space.

Inside the confines of the room I unzipped the first of the two bags. Sure enough there were the sinister folds of a habit, maybe two or three. I’d never really looked at these items before, but the fabric wasn’t quite as heavy as I’d expected. It struck me that, even in the heat, the clothing might be quite comfortable. I placed the bag down and turned to the second of the two holdalls.

I suppose that if I am completely honest it would be this moment at which things got a lot more complicated. As I unzipped the holdall I felt a wave of panic and wonder, as the zipper parted and I found myself looking at bundle upon bundle of one hundred dollar bills. They were haphazard, tumbling over one another. I believe the phrase is, ‘non sequential’. And there were a lot of them.

And I was confused.

As I guided the convertible toward the parking lot behind the hotel I counted three police cruisers and one pair of cops standing around looking at licence plates. I decided against turning into the lot and circled the hotel.

Sure enough there were two more officers on the front door. That meant there’d probably be a pair going through my room about now, so I kept on driving along the beach front, then turned back toward town. My mind was racing.

While I hadn’t done anything wrong, I couldn’t help feeling hunted. I think that was probably what drove me to what happened next. With a sense of purpose and deliberation I drove to the car rental location, and left the car parked outside. They couldn’t fail to notice it. I then walked across the road to a mall, and bought some makeup, sunglasses, and a pair of light femme sandals.

A moment later I called a taxi, and was on my way to the bus station. There I walked across the road – thank heaven for Starbucks – and slipped into the washroom, and taking the habit from one of the bags, stripped off, down to my fishnets, and stepped into the black garb.

I did my makeup swiftly and without any sense of self conscious excitement. This was something quite different, but after a while I stared into the mirror and saw a passable thirty something nun looking right back at me. The thought crossed my mind that Devina would be proud. With the addition of the sunglasses and after loading everything into one holdall, I stepped from Starbucks feeling confident I could slide past anyone looking for a listless male advertising executive.

I think foremost in my mind was the idea that I could at least buy myself a little time. I could discretely slip off somewhere and stop and think. Of course, life doesn’t always work like that does it?

After looking at the bus timetables, I decided on jump on a bus to Fort Lauderdale. It would give me time to think and decide what I should do next. And after all, who’d notice some nun on a bus, in the middle of the afternoon?

I picked up a copy of the local paper and buried my face in it until the bus drew out of the station. An hour later I was stepping off the bus up the coast with a holdall full of cash.

I can’t say I really knew what was leading me, but I had a sense that the world was at my feet. I was leaving a trail of disaster in my wake, to be sure, but at least I was far from the complicated world of Brother Billy, the madness of Devina and a hotel full of cops just dying to make my acquaintance.

An hour later I was in a quiet Air BNB, overlooking the water. I needed clothes, and I needed time to think. I suppose it was pure luck that as I surfed the net and glanced down a list of travel agents, my eye was caught by Brett’s Travel Inc.. Hadn’t Margo said her bass was called Brett? I was sure she had.

Twenty minutes later I was stepping into a travel agency, in new jeans and a pale shirt, and there was Margo, looking first surprised, and then confused.

“Hi, Margo. What a coincidence!” I said as entered.

“Errr…. Right. What are you doing here?” she asked, completely caught off guard, and not looking particularly pleased to see me.

“Believe it or not, I happened to be passing, and I remembered the name of your boss. Brett, right? I just put two and two together.”

“I was about to lock up,” she said. It was shortly before five.

“If you’re not doing anything can I buy you a drink?”

“Well, it’s not like I’m doing anything else,” she said, still sounding undecided.

“I’m sorry, I shouldn’t have just sprung this on you. It’s very rude of me,” I said looking at the door. “Perhaps another time…”

She glanced at the clock.

I had the sense that Margo wanted to speak to me, to open up, in that moment. I couldn’t quite sense why, or what was going on with her. But I got the feeling there was more here than met the eye.

By the time Margo had locked up and we were in her car making our way to a quiet watering hole I felt quite relaxed. The idea that I was on the run from the police and caught up in some madness operating out of St. Augustine’s Orphan’s Fund, was the last thing on my mind. I was a whole lot more concerned about where I might find a nice sundress and some decent lingerie. Of course, it might be fun to find someone who might want to enjoy them with me.

I glanced at Margo as we pulled into a beach-side bar. Would she accept me as a good guy with a rather unusual habit? We’d soon see.