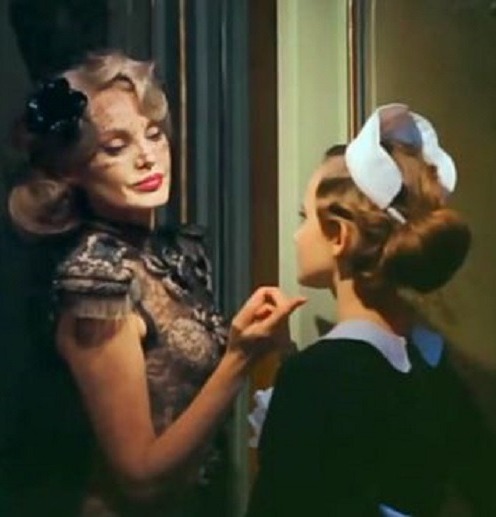 I stared at the phone a moment longer. I was dreading this call. At last I clicked on Devina’s name.  How Ironic that this should be the first name in my contacts list. ‘Favorite’s’ seems too loaded a label for the feature.

I tried to remain very calm, still reeling from the previous nights events and groggy from whatever they’d given me. I did my best to speak slowly and clearly.

“What was that last night, Devina?”

“Yes, what can I do for you,” came her reply in a matter of fact voice.

“No, what did you say before that?” I blurted out, trying to organise my words.

“You did, you said something!”

“You’re imagining it.  You’ve been under a lot of strain Andrea!” She almost cooed the words.

“Don’t call me that! What the hell happened last night?”

“You mean you don’t remember?”

“Well, I remember what I felt,” I said a little confused.

“I’m sure you probably had a few too many drinks and imagined it. Besides, I think you found a useful envelope of cash when you woke up, didn’t you?”

“Oh, Andrea,” she laughed. “Don’t be so naïve. That’s your share of the take.  You’re very popular you know.” Devina seemed to find this entire conversation amusing.

“No, I don’t know! I have no idea what this is all about!” I was shouting down the phone.

“I really think you should calm down, Andrea.”

“Now, now.  Let’s not be such a prima donna.  You’re doing just fine.  Besides next week I understand there’s a few new friends of mine going to want to see you.  You’re building up quite a reputation.  Of course it would be such a terrible shame if that girlfriend of yours, what’s her name? Is it Mandy? Yes, I think it would be a terrible shame if she found out all about your… what should I call it… your experimenting?”

“How do you know about Mandy?” I asked.

“Oh, she was at that party you provided maid service to.  Didn’t you see her?”

“You knew she’d be there!” I shouted. How could she be so calculating. This woman was like Caligula in female form.

“Do calm down, Andrea. Of course I didn’t know. It was pure chance.  Needless to say Chantelle put two and two together and felt she should share it with me. Of course, I wouldn’t dream of telling anyone. Not Mandy, or her sister.”

“Her sister?” I didn’t even know she had a sister, after all our relationship was decidedly casual in nature. “You know Mandy’s sister?”

“What do you mean by that?” I asked completely confused.

I was about to come back with a retort of some kind but at that moment the phone went dead.

I stared at it, still none the wiser about what had happened last night.  It was all very strange and while I felt a little disgusted at myself I also felt strangely calm.  I think there may be something to be powerless that forces oneself to resign to the winds of fate.

I stared out of the window of the apartment. The day was getting going and life was going on around me like any other day of the year. And yet I knew everything had changed.

I showered and slipped into a silky kimono. It was an indulgence I’d treated myself to recently, in the knowledge that our financial fortunes were on the upswing, though that had been before I’d found myself fleeing the law dressed in a habit and stockings.

As I made the morning coffee the clock on the microwave flashed 9.00 am and the phone rang immediately. I saw from the caller display that it was Steven, my business partner.

“Andy, what have you done?”

“What do you mean,” I replied.

“Our business accounts have all been frozen. It’s something to do with a police investigation in Miami. What the hell happened down there?” Steve sounded like a broken man.  I guessed he’d been up all night worrying.

“Look, there’s been a big misunderstanding.  That’s all. I’m a witness, nothing more.  That whole things with the children’s fund.  It was a scam.” I tried to console Steve.

“A scam? I’ve been reading that it was organised crime and people trafficking.  That’s hardly a scam. That’s like calling dropping a nuclear bomb on Hiroshima a minor skirmish.”

“Steve,” I said trying to placate him, “I think you’re over reacting. It could have happened to anyone. I’m sure I can get the accounts released in no time.  In the meantime we can just fund the business for a week or so from our personal accounts.”

“I’m sure I can carry us,” I said, glancing at my latest statement which happened to be on my coffee table.  There was $120 in my account. “Don’t worry.  We’ll be fine!”

“Well, I hope you’re right. Either way those friends of yours in San Francisco have been trying to reach you. They’ve left about a dozen messages.  I hope they haven’t got another piece of business like St. Augustine’s Children’s Fund for us. It’s going to bankrupt us if they have.”

After hanging up I went back to the bedroom.  The wedge of dollar bills felt nice in my hand, but that wasn’t going to go far.  I’d have to get Devina to try and have the police unlock the funds in our corporate bank accounts. Of course, I could be sure that in return she’d be extracting some new and horrific price from my increasingly depleted reserve of self respect.

Had I only known how very demanding that price would be, I probably would never have made the call that followed.