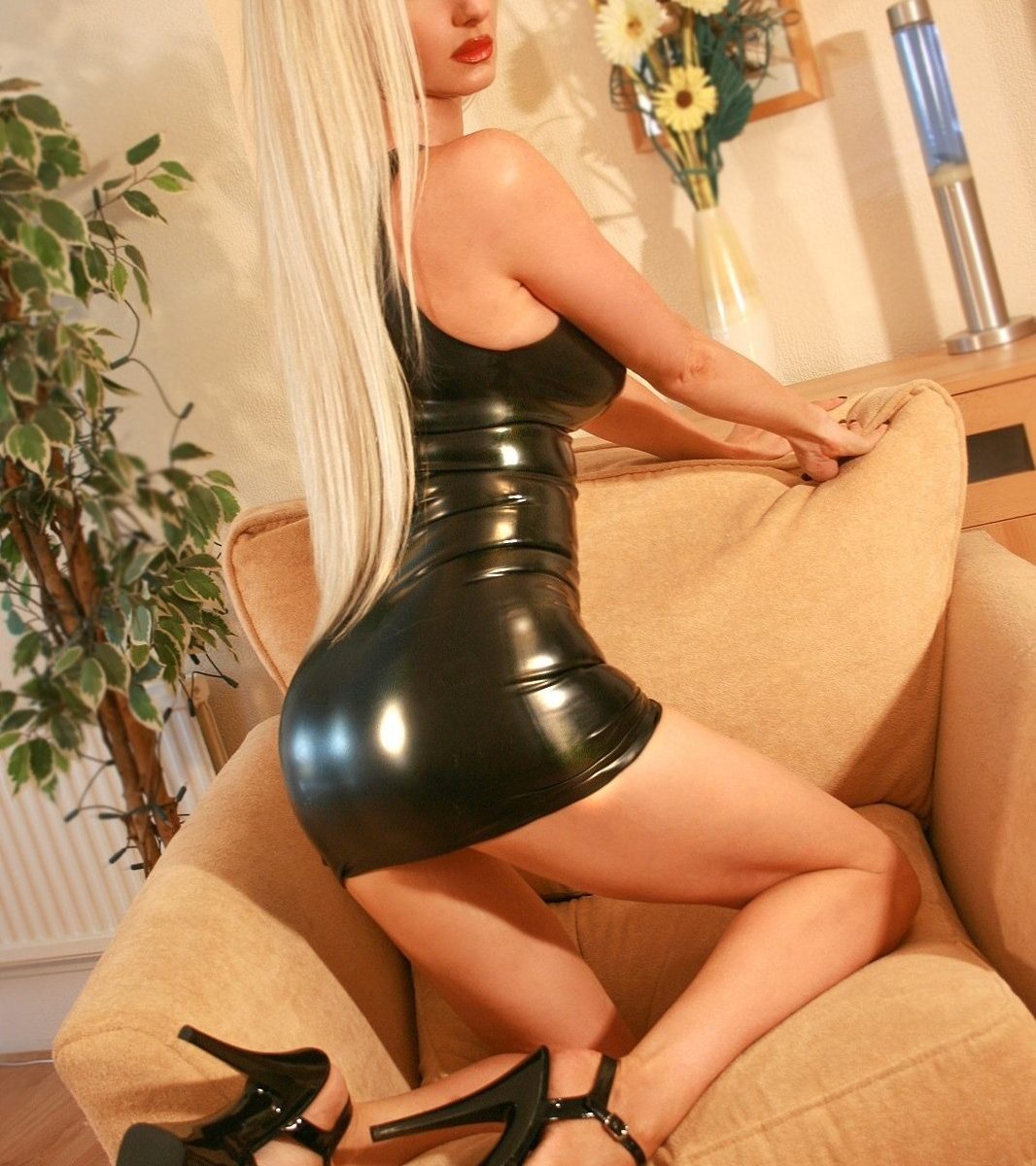 I couldn’t rightly say what my feelings were as I went through the days that followed. Still reeling from the events that took place in Miami, Devina’s intervention and what can only be described as her rescue of me, and of course the still bewildering episode of my public humiliation and shaming at the hands (or should I say tentacles) of some creature from the deep, I found myself going about my daily tasks in something of a daze.

There was the business of the agency to consider. San Francisco wanted to talk, and of course Steve was panicking because our corporate account remained frozen. Additionally I was a person of interest in a criminal case that only Devina seemed able to control. Somewhere in the mix there was evening a bag of cash, hidden in Florida. It had occurred to me that this could conceivably solve many problems, but for the time being I was reluctant to reach out to Margo. Contacting her was unwise until things had settled.

As the days past I went through my usual routine. I exercised, attended the business meetings Steve set up, and I placated our partners in San Francisco. I even played a round of golf with Steve and one of the agency clients senior executives. To all intents and purposes I appeared entirely calm.

In the evenings I would return to my apartment, shed my man clothes and slip into a pair of sandals and a skirt. I’d arrange my hair slightly differently, put on a little make up and enjoy the silk soft magic of some beautiful lingerie.

Yet, in the background, like an ever present shadow, was the knowledge that at any moment Devina could appear and take me off somewhere as she had that Friday night. What might lay ahead was beyond frightening. It simply couldn’t be thought about. Not knowing what may happen at any given moment was at first oppressively frightening. However, as the days went on I realised that I simply couldn’t focus on that. If I did I would likely go mad. Naturally I couldn’t simply forget about it, the constant reminder of the chastity device made sure of that. However, I was able to compartmentalise the way I thought about it. By choosing to stay focused on the job at hand I could prevent myself falling into a total melt down.

In those moments I learned an interesting lesson about domination. Devina knew very well she did not need to be on the scene to control me. I could imagine her smiling ruefully now and then, secure in the certainty that I could do nothing to resist her control of me. It was far more than the mere sexual control she exercised over me. I knew she must feel satisfaction that my every motion was accompanied by the awareness that my body was rendered impotent by the chastity device, and that at any moment she could dictate everything. The fact that she didn’t reach out to me didn’t matter. She could. Or she could just sit back and laugh with her clique of unusual friends.

Perhaps she was tired of me. I could imagine her saying, “Oh yes, that Andrea… She’s such a bore. An interesting diversion, I suppose, but I’ve tired of her. Shall we go to the Planet tonight? I hear they’ve got a show on tonight.”

My mind could be driven to distraction thinking such thoughts, but then wasn’t that part of the idea of her control over me? I realised that even this was part of it. She would be aware that I would be wondering what she was thinking, or going to do. And her control over me was completed by the way she sat back and did nothing. Even in her absence she knew she was all consuming and filling my mind. By not giving me a thought, she exercised her power over me.

In this knowledge a further thought emerged. I longed for her to call me. I felt I needed her attention. A call, however humiliating, or some instruction would show me she was still connected somehow to me. I began to realise that, like a sub who craved the whip, I was growing needy for her hand on the soft leather collar that I could imagine her putting around my neck. I visualised the cruel edge of her smile, the way she moved with such feminine power and confidence. I thought of her diminutive stature and yet her enormous presence in my thoughts. And, at last I realised, in my most degraded state, that to my horror I was falling in love with her.

The call, when it came, wasn’t even a call really. It was a text.

My heart raced. I’d only been home a few minutes. I quickly rushed to my closet and stripped naked. Perhaps a long dress. Something elegant. I fingered two or three items that I’d bought over the last few months, then discarded them. It would be better to be casual. I selected a simple grey dress and pencil thin belt. Basic sandals, and black nylons. It was simple, yet sophisticated looking.

I quickly put the kettle on. I knew exactly how she liked her tea. I wouldn’t want to upset her.

A hurried application of make up. Was that too much blush? Would she notice? I did my eye shadow with the confidence I was finding increasingly easy to find in my use of make up. Scarlet lipstick. And now, try to look calm. Try to slow that racing heartbeat. Breath!

I sat quietly and tried to calm my thoughts. Should I be fearful? Would she have some dreadful thing for me to do tonight? Or would she be more kindly tonight? I didn’t really care. As I sat there I found myself shocked to think, I was just happy that she was coming.

A moment later I heard her key in the lock and she walked in. I lept to my feet, tried not to smile too effusively and give myself away, and said, “Good evening, Devina.”

She stared. I watched her eyes flow down from my face to my shoulders, my waist, they lingered there hovering over the slight bulge of the chastity device and then slid languidly down over my legs to my shoes, and then glided back up toward my face.

At length she said, “You look pretty tonight, Andrea.”

There was an edge to her voice. I tried to decipher her mood without success. I walked to the kitchen where the tea was brewing, and returned carrying the tray and a couple of cups. Devina was sitting in my chair. It occurred to me that, even in such a small detail, Devina was so supremely dominant that she knew to take the primary seat in the room.

She took the tea and sipped it.

I walked to where she was sitting, unsure of what she was expecting.

She looked me directly in my eyes and I felt her hand sliding up my thigh, until it felt the chastity device. She smiled.

I looked down at myself and felt ashamed.

She slowly took a key from around her neck and a moment later I felt the click and release of the catch. The device fell away. Almost immediately I felt myself begin to harden.

“You’re to put this back on later tonight.”

I stared at her and said, “I don’t understand.”

She smiled back at me, and by now I was fully erect. Her eyes fell to the penis in front of her.

“For god’s sake take that thing away from me. I want you to go and see your girlfriend. Mandy, is it?”

I was taken aback. I turned away a little, but remained by her.

“What do you think? You should perform for her, you silly gurl. I understands she needs it. Be sure to satisfy her, and then come home and put this back on.”

“Should I send a picture of it back on for you?” I said.

“What’s the point of the chastity device if you don’t enforce it,” I asked.

“Oh, Andrea. You are so silly. It’s simple. I happen to know Mandy needs you for that. I like Mandy, she’s cute. So’s her sister. And of course I know you’ll put it back on. You have no choice. In the meantime I want you to dress as masculine as you still can, and go and do your duty. She’s home tonight.”

“Yes, Devina,” I mumbled, marvelling at her how her understanding was so very far beyond mine.

“Sit down,” she said softly.

I dropped to my knees and sat at her feet.

“Hmm,” she said. “I meant on a chair, but if you must, I suppose that will do.” She paused a moment longer then continued. “I think I have your business accounts almost sorted out. There’s been some progress in your case and the police are progressing. The accounts will be free in a few days.”

“That’s wonderful!” I said gratefully. As I stared up at her I leaned forward stroked touched her leg softly, then kissed her calf. She froze and stared at me.

“What was that,” she asked staring at me.

Her body softened and she looked down at me as one might look at a recalcitrant child. She smiled at me, and then slowly parted her legs a little revealing the pale cream panties as her dress parted.

“I see. So, you’re progressing,” she mused. “Well, don’t misunderstand the nature of our relationship.”

With that she rested her hand gently on my head and drew my head toward her parted legs. My face was inches from her groin.

“You will desire me. Of course you will. You will thirst for me. Take a deep breath and smell me. Go on,” she said firmly. I could almost taste her as I drew in my breath. “Now, remember that scent. And remember how much you crave it.”

With that she snapped her legs together and thrust my head away.