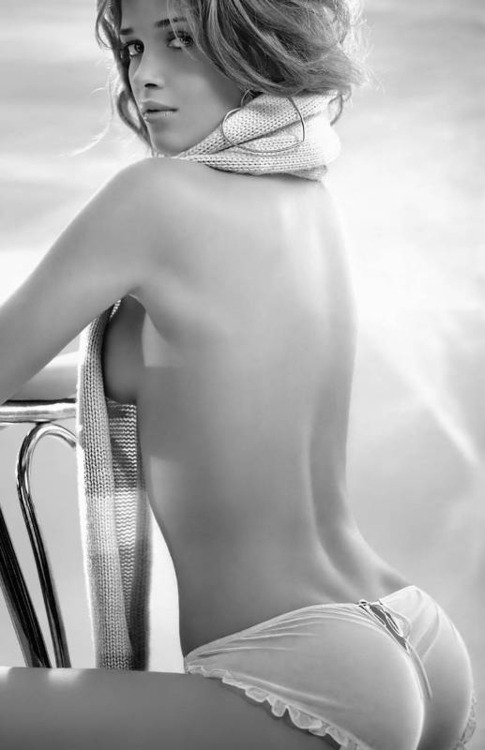 I looked through the mirror glass at Veronica, in the empty room. She looked tired, but not unhappily so.

Devina turned to me and said, “Go on in and clean her up.  You might as well get acquainted, you’re going to be linked from here on in.”

With that Devina turned on her heel and left the room. I heard her click away down the corridor to some unseen room and the murmur of voices drifted back toward me. Dwayne’s voice, deep and reverberating, indistinct but powerful, and Devina chirping and laughing about something.

I entered the room a little cautiously, unsure how to introduce myself to Veronica. How does one introduce oneself, having watched someone just service a lover, though that descriptor seemed a little out of place? Veronica had been taken, and had served, their pleasure not so much being secondary as being irrelevant.

Veronica turned to me and looked me up and down, before getting to her feet and reaching for a towel draped over the back of the chair. She wiped her face, and covered herself, the cage on her genitals just the same as the one I wore.

“Ahh…” she said, in a mocking tone. “So you’re the famous ‘Andrea’ that I keep hearing about.”

“What do you mean,” I asked, a little taken aback.

“Oh, I understand you’re really rather popular. A rising star. And it’s going to be my pleasure to be training you.”

Veronica inspected me critically and then continued, “You’d better get used to referring to yourself as ‘Andrea’,” she said. “It’s going to be a long and painful path if you don’t get that right.”

I smiled and tried to diffuse the tension.

Veronica turned around and leaned over the chair. As she did so for the first time I noticed a few livid red welts on her back.

“You see those,” she asked looking over her shoulder, her firm bum round and creamy white.

I looked at the red marks. They were obviously from a caning. I nodded to her, unsure of what to say.

“Those are what I get each time one of my ‘students’ let’s me down.”

“Wait,” I said surprised. “You get beaten for not training your students properly?”

“Oh, no,” she said, sitting back down in the chair. “I get punished if you do something that they don’t like.  After all, they don’t want you to have marks on your body. You’re too valuable.”

“But that’s insane,” I replied. “If you’ve not done anything wrong why should you get punished?”

“To keep you in order, ‘Andrea’. You’re going to find yourself very motivated to behave well, after all. Once you’ve seen me beaten once or twice you’ll be a little more careful. Besides, you need to learn the rules. And Devina feels this is a way to keep you focused on doing so.”

Beside the chair there was a small bag. Veronica reached into it and pulled out some panties, and yoga pants. As she stepped into them I watched, her long slim legs flawlessly shaved.

“But how do I know what the rules are?” I asked.

“Well, I’ll do my best to explain them, and you’ll pick them up quickly enough. After all, you seem a reasonably quick study from what I’ve been hearing.”

I was very confused. From the way Veronica was talking I was one of several people being prepared in some way. I didn’t want to appear completely in the dark, and yet I was thirsty for knowledge about what was happening, and of course Devina. The thought of her made me squirm a little as I hardened in the cold steel bonds of the chastity device. I could barely say her name inside my head without feeling my body react.

“You better tell me some of these rules,” I said. “For both our sakes.”

Over the following half hour Veronica sat and told me the basic ground rules and I listened, first surprised and then agog. She wore a simple top and yoga pants, and a pair of strappy sandals with a bit of a heel.

“You’ll always wear a heel,” she said as she’d pulled on the sandals. “You’re ass should always be prepared and presented in a feminine way. Ready for whoever or whatever they decide.”

I laughed nervously, but my mirth was not matched by Veronica.

“If you are not well prepared, I’ll get to hear about it and it won’t be much fun.”

She went on, spelling out all sorts of simple things that amounted to being completely at the disposal of Devina, or Dwayne to do whatever they cared to name. However, it was made quite clear, the things I would be likely to do would not be entirely unpleasant. They might indeed be considered the stuff of fantasy, with one rather telling exception. They were, without exception, for the pleasure of who ever we were to be told to ‘look after’. We were to be receptive sexually, in every way that may be asked of us. However, at no point would our own pleasure be either indulged or completed. Our roles were purely to serve others.

“But this is all a little one sided,” I said. “Is there no room in this for our own enjoyment? Are we unable to find sexual fulfillment anywhere?”

“Well, I suppose in a way that is one of the perks. While we are here to serve others, Devina is kind enough to allow us release from ourselves.”

“Well, you are my student,” she said.

Veronica glanced down at the cage, plainly visible under tight fabric of the yoga pants. “Once a week you will get the task of rewarding your teacher. That would be me. If I’ve done a good job. They’ll give you a key and I’ll be allowed to visit you. During these visits your job will be quite simply to satisfy my needs.  But that’s the only release I get. Never with a woman, and never with someone of my particular choosing. I understand that this helps keep us ‘grateful’.”

I laughed awkwardly. I found Veronica attractive, I couldn’t deny, but my desires were more aimed toward Devina, and her beautiful strong body. Veronica’s slim form was desirable but not really to my tastes.

“Oh, after you’ve been locked up a while you’ll be assigned a student too. They’ll have to serve you.”

“Good god, no!” replied Veronica with a laugh that seemed to border on disdain. “It’s not about you having fun. It’s really more of a biological release – and you don’t get to choose who that’s with. All I can tell you for sure is that it’s likely to be one of the new students. You won’t get that for a while, though. Probably a long while. The fun is for the clients, you’d do well to remember that. The fun is for those we serve. And we should always be ready to serve. Now, Andrea, you’d better get to work on your make up. If you’re not up to scratch it’s me that’s going to pay.”

Veronica and I went to the mirror and fixed ourselves up. I looked into the glass, wondering if there was anyone on the other side. It seemed odd, the two of us staring at the glass, touching up foundation here, and adding a little blush there. She leaned over me and applied a touch more of the glossy lipstick I liked to use. I watched Veronica and noticed she had a confident bearing and a look of calm resilience. She hardly looked like a victim. In fact, as I thought about it, I began to feel something like affection toward her. We were after all both in the same mess.

I looked at her quizzically, as she walked toward the door.

“We’re expected to be on our best behaviour. Now come along.”

I walked beside her and noticed her hand reaching for mine. She held it in a soft familiar clasp, and I glanced at her, the touch feeling overly intimate. We walked down the corridor and into a room where several men and women were enjoying some sort of reception, glasses of wine in hand, and soft conversations taking place around the room.

“Get used to it, Andrea,” whispered Veronica as she squeezed my hand. “Devina likes us to touch. It makes people wonder. She says that makes them even more curious. It keeps them guessing and heightens their hunger.”

I smiled at her nervously and saw Devina across the room engaged in deep conversation with a large man in an expensively tailored suit. Devina shot me a glance and I sensed her approval. A slight smile.

My god, she was beautiful.