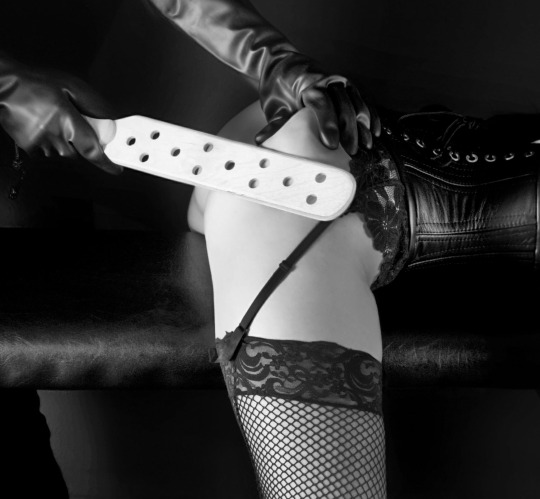 There were a couple of dozen people in the room, and a maid was passing among them handing out drinks from a tray, and taking orders. As I glanced around I got the feel of the room.  It was fairly clearly divided into men, and one or two couples, who were evidently the guests, and a series of couples of girls or single people mingling.

As I looked more closely I could see that some of those ‘girls’ were clearly not female at all, but were very well presented and groomed people just like myself.  In almost every case they wore a short skirt and heels, along with nylons and a simple blouse. Some talked to one another, and others were either engaged with or being cornered by the men or couples that were guests at this reception.

Veronica leaned over to me and whispered, “Be on your best behaviour. You don’t need to prove anything today. You were just brought in to see what you’re getting into. You needn’t worry, but just don’t embarrass yourself infront of the clients.”

I turned and said, “The clients?”

Veronica was about to explain something to me when Devina appeared and my heart quickened. With Devina was a large  man who had a dark complexion and an enormous beard.

With that I held out my hand. “I’m Andy,” I said very confidently.

Devina shot me a look that would freeze hell over, and then said, “This is Andrea. She’s very new here. But then, I’m sure you’ll be more than able to keep her entertained.  How long are you in town?”

“I hope you enjoy our lovely city,” I said. “May I ask where you’re from?”

“I’m in from Paris, but just a fleeting visit. Fortunately Devina always makes my visits worthwhile.”

I smiled at Claude, watching his eyes devour me.  I will explain this a little, as it is something those unfamiliar with crossdressing may be unaware of.

I was not particularly well dressed, having just pulled on heels, jeans and a nice plain sweater. Nonetheless, the makeup and the heels made it quite clear who and what I am. I watched Claude’s gaze drop first to my waist and then my feet. Slowly, almost minutely, hos eyes travelled up my body. With each inch I could tell he was wondering what it might be like to discover what would be revealed as he moved up my body.

As I watched his inspection of me I noticed him lick his lips imperceptibly. Yes, he was interested. No doubt about it. His gaze rose to my chest, which in this sweater at least appeared to have a little breast mass slightly hidden beneath the fabric. I’d caught sight of myself in a reflection earlier and been surprised how my body did seem quite feminine. I put it down to the effect of the heels. There’s no doubt they force the body into a shape that exaggerates the bum and chest.

Claude was still sizing me up. His eyes moving over me like the exploring touch of a blind man. I could almost feel his stare.

I took some pleasure from the idea that this man, who ever he was, had clearly developed a lustful desire for me. It was, of course, ridiculous. I was not interested in the man. My interest was in how he was responding to me. I felt something curious. Power. Yes, that was it.

Watching his gaze I slid closer to Veronica and took her hand.

“And what do you get up to in Chicago when you are here?” I asked.

“Oh, getting into trouble here and there,” he replied a little predictably.

“Well, I sincerely hope you enjoy you stay,” I said.

A moment later I was aware of Veronica’s hand tightening, then a gentle pull toward her, and then she was pressing her face to mine and kissing me, and stroking my hair. A very nice little display of public affection.

Devina and Claude seemed to melt away, and for a moment I wondered what the heck Veronica was doing. She stopped quite abruptly when Clause’s back was turned.

“What was that about?” I said to Veronica as her lips disengaged from mine.

“Just teasing up the client a little. He’s going to want you. He might want me too. Either way, it’s a win win,” she replied.

I didn’t quite understand what Veronica was driving at.

I must have looked a bit confused as Veronica continued, “He’s interested in you. That’s good. He may ask for some time with you. He might want me to join you.  That’s good for both of us. We’ll get a bonus for that.”

I had no idea what Veronica was talking about, but before I got a chance to say anything Devina floated over to us once more. She signaled a waitress to us and then took a glass of sparkling wine and handed it to me.

“Andrea, I’d like you to give me about five minutes, if it’s ok,” said Devina gently.

“OK, just come with me for a moment.”

I followed Devina back into the corridor. Following her I could see the clearly defined shape of her buttocks under the pencil skirt she wore. She was muscular and her physique was hard, as you might expect from an athlete. I followed that perfectly shaped butt along the corridor, and was surprised to see her leading me back into the small office room behind the mirror.

“Close the door please,” said Devina without turning around as I entered. I closed the door.

I sipped my sparkling wine as Devina slowly turned and looked at me. Quite suddenly the room seemed to drop a couple of degrees in temperature.

There was a long, uncomfortable pause. As it drew out I noticed the door inside the other room, beyond the mirror, open and Dwayne came in, grasping Veronic firmly by her arm. His hamlike fist gripped her tiny bicep, and I could see the discomfort on her face.

The microphone from the other room was turned off now, and I watched as the silent drama unfolded next door.

Dwayne pushed Veronica’s tiny form across the room. Then he pointed at the chair and I watched his lips silently move, and could see he wanted her to lean over the chair. Veronica compliantly moved to the chair, as she had no doubt many times before.

A few words were exchanged. Veronica looked a little confused, and then raised her skirt, and leaned over the chair.

There followed ten strokes of a small but very vicious cane that Dwayne retrieved from a cupboard in the room.

“Andrea,” said Devina, “I want you to watch this. You see how each stroke raises the red surface of Veronica’s skin? Dwayne knows how to deliver a caning that doesn’t quite raise the welt to the point that it bleeds. I don’t like it to break the skin, you see.”

Veronica silently took each powerful stroke. I could see the force of it stun her whole body, but she took it with eyes closed and I guessed not a whimper. Just a small line of a tear dropping down her cheek.

“Don’t look away, Andrea.  Watch the surface of Veronica’s skin.  You see how it reacts. How red it is?”

“This is barbaric Devina,” I said.

“Well in that case I would be more careful.”

“What on earth do you mean?” I replied.

“Veronica will be punished every time you slip up. After all, I wouldn’t like to hurt your soft creamy white flesh.  But if you use the name ‘Andy’ in front of a client you can’t be surprised that there’s a punishment to follow.  After all your name is Andrea, isn’t it.”

I turned and stared at Veronica’s tight little buttocks. She was red with stripes. Some were at the top of her legs, others across the surface of her peach shaped buttocks.

Dwight seemed to be paused and looked at the mirror. Devina ignored him.

“If you don’t want Veronica to be punished more severely, you’re going to start learning how to behave.” Devina looked directly into my face as she spoke, leaving me in no doubt about the veracity of her words. And even then, in a moment of sadistic cruelty, I found myself looking at her blood red lips and dark make up and wanting her to reach for me. Wanting her to take me like a little bitch. Her little bitch.

With that Devina turned on her heel and left the room.

I stared after her. How could she be so cruel? I felt almost as though the wind had been knocked out of me. Yet I was already trying to make up excuses for her. Perhaps there was something I didn’t know about Veronica. Maybe she deserved it. Was that even possible?

Through the mirror I saw Devina lean into the large room and beckon Dwayne to join her. For a moment I stood staring at Veronica, wiping her eyes and straightening herself up. Then I hurried out of the room and went to her.

“Why? What the hell did they do that for?” I said as I entered the room.

“So you learn,” said Veronica. “I hope you learn fast. Dwayne can be quite rough.”

“Just because I introduced myself as Andy, they did this to you?”

“You have a lot to learn, Andrea. Now, let’s get back in the room and for god sake if you can’t watch your mouth, just shut up.”

With that Veronica dabbed her eyes, turned her back on me and re applied her make up.

I wanted to leave right away.  I felt disgusting, that poor Veronica, that sweet little thing, was being so horribly abused like this. And somehow it was my fault. What kind of messed up mind game was this. I was ready to confront Devina as we returned to the group.

“I have good news for you.  On Tuesday you’re to meet with Claude. He would like to see you and Veronica. Isn’t that wonderful?”

“Oh,” I said seeing Claude coming toward us. “That’s wonderful!”