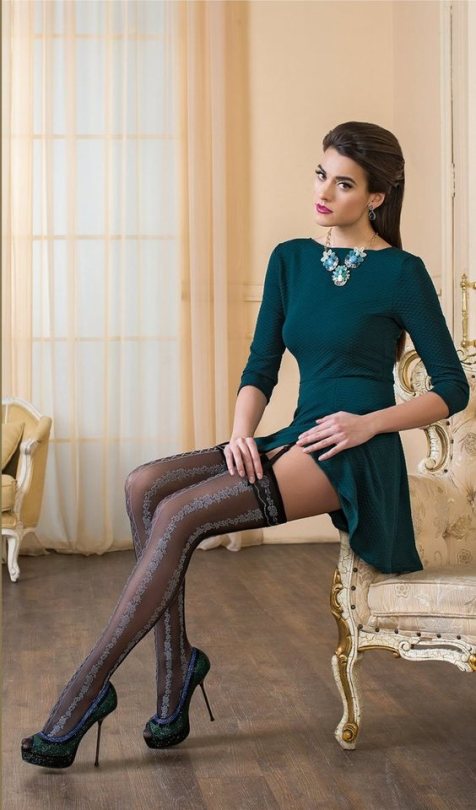 Waking on the Monday morning I gradually assembled the fragments of my life. Devina, the woman holding the key to the chastity device that almost seemed to be a part of me now. My business, doing surprisingly well under the circumstances. My girlfriend, the lying cheating lesbian bitch – if indeed she could still be called ‘girlfriend’. And now Veronica.

Yes, Veronica. Small and slight and beaten for the least slip on my part should it come to Devina’s ears. Veronica, what little masculine trait there had once been was now suppressed to the point of erasure. Veronica looked as feminine as any woman, and her soft white skin bruised and reddened under the rosewood cane applied to her perfectly contoured buttocks and back.

As she had suggested I’d started sleeping in a feminine white night dress. Lying there beneath the covers I felt my body struggling with the thought of Devina. On the one hand I wanted to feel myself harden, yet under the constraints of chastity device all that happened was a compressing sensation and a growing sense of frustration. At the same time, the thought of Devina controlling, managing my physicality – having someone take me – or taking me herself. It was delicious. It was as though she’d seen inside my head and identified something, drawn it out, and cultivated it so it might grow and bloom.

As my mind wandered into the realms of fantasy I was surprised to find myself imagining Devina and I making love. This woman, who had brought me such turbulent and in some cases cruel privations, I now imagined returning my urgent and worshiping kisses. Holding me. Protecting me. And taking me mercilessly.

I sat up suddenly, my mouth open in shock. Here I was, fantasising that Devina was taking me – Devina with an enormous penis. It was as though she towered over me as I lay helplessly beneath her unable to resist her powerful body. And here I was, in the privacy of my own thoughts, kneeling before her yearning to be used by her. Where did that come from?

I saw the call was from Devina the moment the phone chirped and called demanded my attention. I’d entered her contact details on the phone and as a profile picture I had used a beautiful black rose. It seemed appropriate.

I checked myself before answering. I knew that any misstep would result in punishment for Veronica, so I took great care answering the call.

“Good girl, Andrea. Tomorrow you’re to be ready at 6.30. Veronica and you are to entertain my friend Claude. He’ll be leaving in the morning, and I want him to take some good memories with him. And you want that too, don’t you?”

“Yes, I do,” I said compliantly. “I want him to have some wonderful memories.”

“Good. See to it he does. By the way check your bank account.”

With that the phone went dead.

I went to my computer and pulled up my bank account and found to my surprise there had been a substantial deposit made just a few minutes earlier. As I looked at the screen and realised that in one evening I was going to earn more than the agency had in three weeks. I knew I was stepping deeper into a situation I might regret.

I looked at the number on the screen, and then thought of the Frenchman. He had seemed pleasant enough, and an evening with Veronica might be fun. Suddenly it didn’t seem quite so difficult.

I went to the closet in the bedroom and began to select a few items of clothing. Black stockings, a suspender belt, and some heels. Perhaps some black silk panties. Selecting the clothes felt like an exciting ritual to be performed before I gave myself in sacrifice to the lust of this unknown Frenchman. In doing so Devina would see my effort, my devotion to her. Perhaps she’d even be pleased with me and who knew where hat might lead. I was determined to make it special.

Yes, tomorrow night would be fun.

I worked diligently at my make up. It’s something I’ve come to love doing. I enjoy the creativity of it, and the blending of colors. They mix and flow like moods and emotions on my face. If I seem fanciful it’s because I’ve always enjoyed playing with images and styles. I wanted to look wonderful for the coming evening.

At precisely 6.30 pm I received a text inviting me to come down to the front of the building where Veronica was waiting. It had by now become second nature for me to slip into a dress, a wig and heels and for me to enter and exit my building without a second thought.

I had found it increasingly easy to pass myself off as a woman since I’d become more accepting of my role with Devina. How strange that simply the choice of allowing myself to be more feminine had resulted in an appearance more feminine. How the mind leads the body.

And, as I descended the elevator, I looked at myself in the mirror. The figure hugging black dress, it’s tight contours slightly betraying the fact that beneath it I wore a black silk corset, a pair of black silk panties and stockings. The pattern would emphasize the length of my legs, but also setting up a series of tantalizing sensations on my skin. The presence of the cage was slightly more obvious, were one to look directly at my crotch, but I held a little black leather purse modestly before me, shielding that betrayal from even the most determined gaze.

I stepped out of the building and a taxi door opened. Veronica called me and I climbed in beside her. Tonight she looked spectacular. Her dress was a stunning emerald green, and she wore a necklace to match.

“You look wonderful, Veronica.” I said.

“Yes, well, that’s what he’ll be expecting. So, let’s give him ‘wonderful’. This is your first time, isn’t it? With a private client?”

“It is,” I replied. I noticed how I made it seem almost as though I was replying demurely. I felt a little disgusted with myself but pushed through that. Nonetheless, I didn’t like to think of myself as cheap, or easy. Certainly as a man I had played around a bit, but as Andrea surely I was more discriminating. More delicate. More innocent.

“Well, don’t worry. It’s going to be fun. Besides, from what I’ve heard you can handle it.”

“What do you mean,” I said, feeling a little embarrassed.

“Well, I heard about you at the arena. The performance you gave there, with a special group. I heard all about it. You seemed quite a sensation.”

I blushed and searched for words. So much for innocence. I didn’t want Veronica to think me a complete slut.

“Oh, that. I was blindfolded the whole time. I didn’t really know what happened, I just heard it. It was… well, it’s not really who I am.”

Veronica laughed and then said, “Sure. It’s not who you are.”

“Well, I think we’ve all said that. ‘It’s not who I am’. And we all get over it,” she said absently looking out of the taxi window.

“What do you mean,” I said, feeling a little confused.

She turned and looked directly at me and smiling awkwardly said, “It is who you are. It’s who we all are. Why do you think you’re here?”

The taxi pulled up outside the Whitehall. As Veronica stepped from the taxi she said, “My instructions say he has a suite here. We’ll be dining in.”

With that she strolled confidently into the hotel and I followed. I fell in step behind her, glancing at her perfect behind beneath the fabric of the dress. Two confident looking women, to the outside world, yet we both knew what we were as we entered the lobby. I felt the tension of excitement in my belly as we rode the elevator. Glancing at Veronica I could see she was excited too. I could almost feel the sexual energy growing and moved closer to her. She looked at me and smiled mischievously.

As we walked down the corridor toward Claude’s suite Veronica’s words echoed in my head. I knew she was right.

This was who I had become.