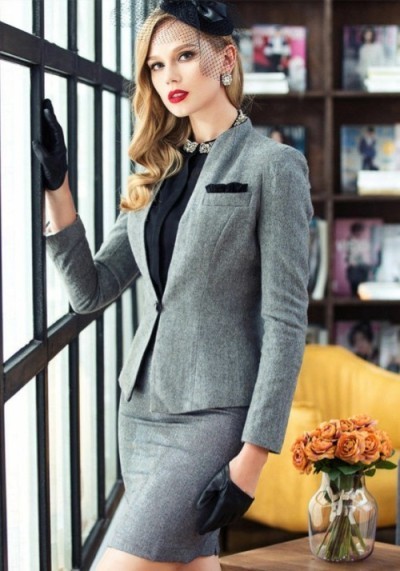 I shouldn’t have been surprised when I received the text from Devina, though it wasn’t what I was expecting. Nothing about Devina was what was to be expected. I was to meet her at The West Hills Golf And Country Club.

While I’d not played golf in years I’d made quite a good name for myself at university regularly falling in the top few of the local tournaments. I knew West Hills pretty well, even that tricky water hazard on the third. I could regularly birdie that hole. It would be fun to play there. See Devina made my heart skip a beat. I felt quite giddy at the thought of her.

One has to remember that although her behaviour toward me could be considered cruel, spiteful and humiliating, perhaps that was just her way of expressing closeness. I reminded myself that, even in that cold hearted bitchy way of hers, there was probably a soft heart buried beneath that hard exterior. Very well buried, I admit, but perhaps it was there.

As I drove out toward the club I reflected on how I might shift the way in which Devina perceived me. Here I was in a comfortable pastel lambs wool sweater, a long pleated skirt and stockings, wanting her to find me more attractive. If I could only change her view of me I felt sure I could change the way she related to me. Perhaps the answer was to take make an effort to be more assertive. I felt that if she knew me as the competent marketing professional she connect with me as an equal.

“Yes,” I thought to myself as I drove through the afternoon traffic. “I’m a professional, She’ll respond to that.”

My mind drifted back to a business leadership workshop I’d attended years ago. A polished young man spent the afternoon talking loudly at a group of us from an agency that had spent a small fortune on the afternoon session. His message had been about ‘training the inner voice’. Throughout the afternoon my inner voice had been telling me he was an idiot, but his words did stay with me.

The traffic was light and I arrived at the country club a little early.  As I stepped from the car I said to myself, ‘Leadership’.

Yes, I felt sure I would be able to bring Devina round. We’d probably laugh together one day about the way she’d forced me into so many vile and submissive situations. I almost blushed at the thought and walked slowly into the bar, smiling to myself.

I caught sight of Devina sitting with a blonde woman whose back was to me.  Devina looked spectacular. She could have just walked out of the pages of a copy of Elle Magazine. She looked up at me and said something to her companion who turned to me as I walked to their table.

I immediately recognised Tanya Toogood, the six o’clock news anchor. She looked almost as refined in the flesh as she did on the television.

Devina rose to her feet and said “Andrea. Good you’re on time.”

I smiled and was about to say something when Devina continued, turning to Ms. Toogood, and said, “Andrea will be your caddy today.”

My heart sank. I’d thought I was to play the round and likely impress Devina with my prowess on the course. Instead I was reduced to the servile role of ‘caddy’. Before I could protest Devina had gathered her bag and was walking out of the clubhouse, saying something to Ms. Toogood that the two of them found most amusing. I followed behind trying to regain my composure.

As I stepped out into the bright fall sunlight I was disturbed to find the towering form of Dwayne standing beside two expensive looking golf bags on wheels. I’d fallen foul of Dwayne more than once. His massive bulk seemed to surround me, and I felt I wanted to turn and run, but couldn’t desert Devina. Besides, there would be consequences. Devina knew all about consequences.

I took the expensive looking bag and walked along meekly behind as we walked up to the first tee.

As we waited behind a foursome who were teeing off Ms. Toodgood asked me for a three wood and a ball from her bag. I handed both to her, and she inspected the ball.

“Andrea,” she said, barely looking at me. “Would you mind washing my balls. There’s a dear. We’ll have a moment or two before these slow pokes tee off.”

I took the balls and walked in the direction of a cleaning station by the clubhouse, muttering to myself.

As I returned Dwayne was scowling at me, while Ms. Toogood and Devina were locked in deep conversation.

It was going to be a long afternoon.

The game was good enough, though I’d never experienced golf from this perspective before. It was somewhat like watching others enjoying a wonderful meal, but being only able to serve it. I felt morose but kept my feelings to myself. After the game Devina and Ms. Toogood disappeared into the clubhouse. Dwayne motioned to the bags and told me to put them in Devina’s black Lexus, which was parked in front of the club. I lifted the heavy bags into the trunk.

Forty five minutes passed as Devina and Ms. Toogood enjoyed the sauna and a shower. When they eventually emerged Devina stepped passed me and into the drivers’ seat of the Lexus. She lowered the window and then said, “Andrea, won’t you be an absolute darling and follow Dwayne and Tanya downtown. They have a little chore for you. There’s a good girl.”

As the Lexus pulled away it spat gravel over my expensive shoes.

“Leadership…” I muttered as I walked toward my car.