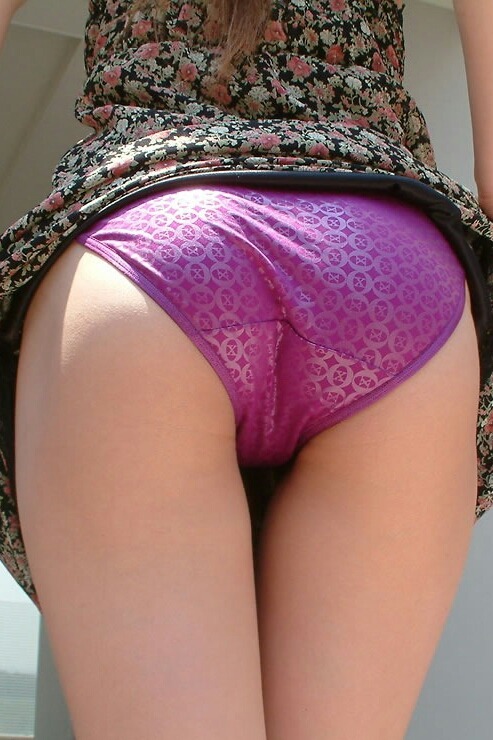 I woke up the next morning in a state of mild panic, having slept right through my alarm. I was due for the interview at 11 am, and it was already 9.45. As I pulled on the beige pants I had borrowed from my sisters husband I couldn’t help thinking I was not dressing to character.

Beige socks, beige pants, and a plain white shirt. Maybe the staff at the advertising company I was going to would think I was such a power dresser that I’d chosen to play it down. I was clutching at straws, and I knew it.

As I grabbed my jacket I rushed down the stairs. My sister Jenn, and Devina were at the kitchen table eating toast chattering and laughing. They fell silent as I entered. I wanted to tell Devina that it was a mean trick she’d pulled last night taking a picture of me in those panties, but this was not the moment. I was more concerned about getting to the interview.

I looked outside to see if the taxi I had called had arrived. The street was empty, all the morning commuters having left this quiet suburban cul de sac.

Jenn chimed in, “You’ll do fine! Don’t worry about it. You know you ‘re good at interviews.”

“I just don’t feel myself in these clothes!”

“I should hope you are not ‘feeling yourself’!” quipped Devina.

“For god’s sake, Devina,” I said. “Jenn, I appreciate the loan of Dennis’s clothes. That damned airline.”

“Did I give him this tie for Christmas?” I asked.

“It really sucks,” I replied.

There was a honk from outside. A yellow cab was waiting in the street.

I grabbed a piece of toast and ran for the door. Jenn got up, her silk dressing gown billowing behind her as she followed me to the door.

I ran to the curb and climbed in the taxi. I wound down the window, seeing Jenn follow me. She leaned in, and said, “You know some men feel wearing women’s underwear make them feel confident…”

The taxi was pulling away as I cursed that bit Devina under my breath. So, she’d told Jenn. What a cow.

I was two minutes early. All the way up the elevator to the 17th floor, I’d felt myself sweating in Deniss’s crappy clothes. I tried to calm my nerves. I couldn’t afford to blow this interview, and as I entered the office I tried to look calm, though I felt far from relaxed.

Shortly a smartly dressed professional looking woman in a suit walked up to me and introduced herself. She smiled with the regulation amount of civility and professionalism.

“I’m Sylvia, head of human resources. I’ll be introducing you to some of our team this morning. Just follow me and I’ll take you to meet some of the creative staff first of all.”

I followed along, pleased to be getting on with things. If I made a good impression things would be just fine. I met a series of VP’s and account executives. They were working on a variety of accounts. One was a bank, another a university, and a third a healthcare insurer. The agency was evidently doing very well.

After an introduction, during which they were sizing me up as I was them, Sylvia retrieved me and I went and had a coffee with one of the account executives who told me that all the interviewees were being introduced to key staff. It was a process he found tedious and probably a total waste of time, because the job would go to the one the creative director liked best.

If nothing else, at least I knew who I had to impress. By the time I was ushered in to meet the managing director and the creative director I had a pretty good idea how the agency felt. I liked it, and Sylvia seemed to be very efficient.

As I walked into the board room and met the two decision makers I couldn’t help but notice the sharp suits, the polished shoes. Cuff links.

‘Oh god,’ I thought. And that’s when things started to go down hill.

By the time I left the board room fifteen minutes later I was pretty sure I’d blown it. I walked back to reception, expecting to take my jacket and leave with no hope of getting the job. My conversation with the directors had been halting, and lacking confidence. I came across as too introvert, just as my clothes did.

Sylvia walked into the reception area, and said, “Well, it’s time for me to interview you. Would you like to do it here, or shall we do it over lunch?”

I thought the opportunity already lost, but said, “Let’s grab some lunch,” knowing she’d be buying.

“Excellent,” she said, and we headed for the elevators.

As we entered the restaurant my phone vibrated in my pocket. I checked it and saw a text from my friend Steve, a former colleague.

“Andy, I’m Setting up new agency. Got Felix account. You want in as Creative Director? Call me. Steve.”

Sylvia excused herself and headed for the powder room. I texted back, “In a meeting but will call in an hour. Thanks. A.”

After the feeling of defeat I was experiencing this was a great break. I knew I’d already blown this interview, but at least I could enjoy lunch. Working with Steve was not such a bad idea. I’d spent most of the last two years partnered with him on some big corporate accounts, his account management skills and my creative direction being a proven winning combination.

As I scanned the menu I felt things could be a lot worse. I’d get this lunch out of the way, smile a bit and make light of the situation, and then slip off.

Once I’d sorted out Devina and her bloody mischief I could have a few days free with Jenn, and scoot out of San Francisco before that dolt of a husband of hers came back. If Steve was as good as his word I’d be working again soon, and maybe we could make a go of a new agency. Who knows, maybe all these crazy things happen for a reason, after all.

Sylvia returned from the bathroom and sat down.

She smiled and me and said, “You look more relaxed already.”

“Well, let’s order and we can get business out of the way.”

I think I had the fish, and she had a salad. It was fairly average. We talked about the business and she quietly asked a series of unobtrusive questions from which she doubtless built a little more of a picture of who I was. I knew I’d flunked the interview, but wasn’t concerned.

At length I said, “I haven’t really represented myself as well as I could, have I? As I said it’s been a strange sort of day.”

The waiter cleared away the last of the plates and the empty glasses.

“Why do you suppose that is,” asked Sylvia.

“Well, it’s a funny thing. I flew in from Chicago last night. Of all the ridiculous things, I lost my baggage, so I had no clothes to wear today. My sister lent me some of her husbands clothes. Ever since  I put them on I’ve been feeling horribly unlike myself. It’s really strange.”

Sylvia was letting that professional veneer slip by now, a couple of glasses of wine having flowed down her elegant throat.

“Well, they say clothes maketh the man, don’t they?” She said.

“Well, not me. This is not what I usually wear, believe me.”

“Oh, I do, I do,” she replied I thought a little cryptically.

“What do you mean?” I asked, sensing this was a little more loaded than the words suggested.

“Well, you see Andy, before we interview anyone my brother – that’s the managing director, Frank, who you just met, insists I do a full internet search and learn everything we should know about them.”

“I’m sure most companies do that these days don’t they?”

“Of course. However, not every search is as revealing as the one I did on you, Andrew.”

I looked at her a little surprised. “I’m sure you saw some of the awards I got, but that’s about all there is on me, isn’t it?”

Sylvia looked a little taken aback and said, “Well, let’s just say your tastes in clothing are a little eccentric.”

“What do you mean,” I said again, a cold wave of discomfort breaking over me.

Sylvia pulled a tablet from her bag. She tapped it a coupe of times and then pulled up an Instagram search.

“This is you, is it not?” She handed me the tablet.

I stared open mouthed at the picture of me standing in Jenn’s spare room in a pair of panties, looking shocked at the person taking the photograph. Devina. I’d kill her. No, killing her was too good for her. I’d … I couldn’t think of anything bad enough.

As fast I I could I put a napkin over the tablet.

“You seem to have gone white, Andrew,” said Sylvia.

“Look, I know it’s none of my business, but if your going to be considered for a position like this one, you might want to look into the question of keeping your private life a little more ‘private’.”

I gasped in shock, “You don’t understand…”

“Oh, I think I understand entirely. And don’t think I don’t sympathize. I applaud your choices, actually, however I do think that they are better kept in an appropriate place.”

I stammered something, but she went on.

“Now, the question is, do I show this to my brother?”

My mind was clouded with thoughts of how I was going to extract vengeance from Devina, but the words slipped into my mind. Anger was replaced by confusion.

“Don’t look so surprised. I didn’t get where I am in this business without understanding the power of selecting information.” She paused. “It might be that you could be very useful to me, Andrew. And for now your little, shall we call it a ‘hobby’, need not be common knowledge. Besides which, I’m sure you look lovely when you’re made up properly. You never know, perhaps you can help me and maybe I can help you…”

She rose from the table.

“Come to lunch with me again tomorrow, and we’ll decide what’s to become of you.”

She smiled and left me sitting looking like an idiot. She stuck me with the bill, too.

You can find Part 3 here:  https://fionadobson.com/clothes-maketh-the-man-part-3/