I think I was telling you all about Dillon McKlusky, the odious little man who had so cruelly punished me with his teasing when I was little more than a little boy. How things change. Equipped with breasts, cascading hair and eyes that would melt the hardest heart, my softness was the lure that would bring him down. Hard..

You’ll remember he had come to my apartment and that I had arranged an elaborate welcome for him. Blindfolded and gagged he was restrained in my bedroom. His lust had brought him to the very place he had desired. But at what cost?

“You are such a naughty, man!” I said to McKlusky, torturing him on the edge of orgasm.

“But, you’re married,” I teased. “I really shouldn’t be doing this…”

“You bitch,” he moaned from behind the blindfold. Restrained by the firm, and admittedly well practiced bonds, he was entirely powerless, and completely unaware that my firend Michael had silently joined me in the room. 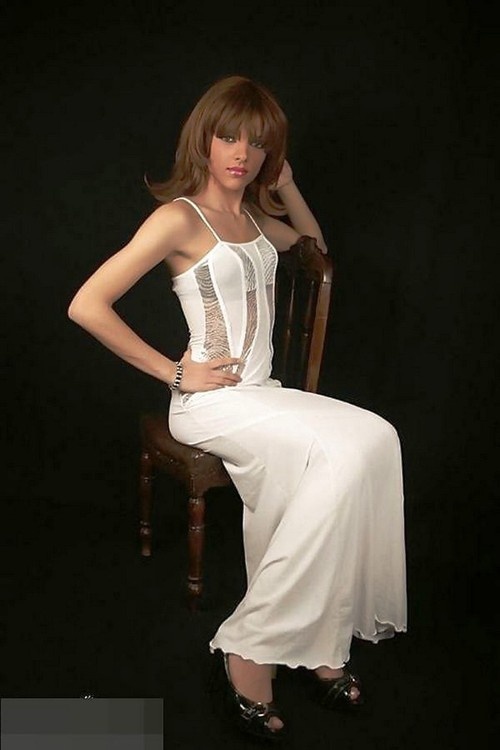 I nodded to Micheal who started to use long easy strokes, unknown to the hapless fool that had so cruelly bullied me as a child. Michael grinned at me before sharply increasing the frequency of his strokes. As he focused on the task before him I took silent photo after silent photo.

“I think you like that.  Am I really such a bitch?”

With that Michael applied his talented and eager mouth, and McKlusky realed. Behind the blindfold I could imagine his eyes rolling in ecstatic pleasure.

My own efforts were to crop the photographs close enough to include Michael’s tousled hair, and the very clearly identifiable tattoo on McKlusky’s belly. Michael’s profile was so proud. Very masculine. There would come a day, very shortly, when McKlusky would be more than a little annoyed about that tattoo being so uniquely identifiable.

It is not my intention to be excessively detailed in describing the unseemly result of Michael’s attentions. Needless to say one or two of those images revealed the residue of McKlusky’s excitement on Michael’s chin, Most graphic, I decided.

As McKlusky grunted and groaned his release, Michael slipped away, back into my spare room. I imagine he returned to reading the sports news, or some other such mundane entertainment. He’s always been so very helpful.

“Ahhhh…” I groaned, just the two of us in the bedroom. “Well,” I said, “that was most gratifying.”  I picked up a towel, and as I removed McKlusky’s blindfold dabbed my mouth, in an exaggerated dainty manner.

“My god,” he grunted. “That was unlike ever before.”

“Yes,” I replied. “I rather suspected it might be. I am so glad you liked it.”

“Why don’t you just run along to the bathroom, and clean up.  I have an early start tomorrow, so I am going to have to ask you to be on your way.  I think you got what you came for, didn’t you?”

Mcklusky arranged his pants, and sheepishly mumbled something as he walked to the door.

It’s funny how quick they always head for the door. I laughed inwardly knowing that McKlusky would be back for more. If he only knew what ‘more’ was. How he might have held back.

But I knew he couldn’t.