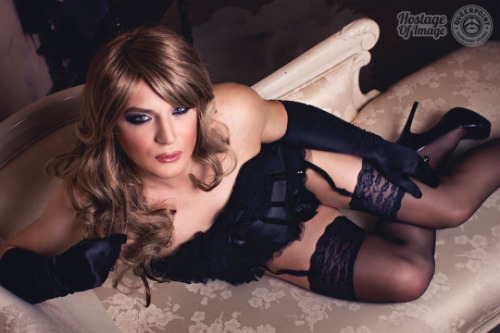 What a strange and disturbing week it has been. Sometimes it takes more than lipstick to keep that smile in place. And yet we do, and the world is still a wonderful place.

Some of you may be aware of my wife’s good friend Amanda, the queen of tweed. As you may remember, she stayed at our house a few weeks ago while her house was being fumigated.

Well, Amanda had left a few things at our house and I agreed to take them over to her house. It was not so far off my track as I was walking Hannibal, my pet dachshund, so it was no bother. When I arrived at her house in the early evening the other day I was surprised to find I had arrived while she was taking a shower. She appeared at her doorway looking like a giant panda, in a black and white dressing gown and after letting me in, she asked me to wait in the living room as she slipped into something more comfortable. This was a thought that was truly disturbing in it’s own way, but for my wife’s sake I waited patiently.

I waited, and Hannibal did his usual thing of nosing around the place. To my surprise he was preoccupied with something underneath her couch, and while Amanda got dressed in her bedroom. I waited patiently, listening to the snuffling sounds coming from under the couch, until I was a little disturbed to hear a particular humming sound emanating from beneath the furniture.

A moment later Hannibal appear clutching what can only be described as an adult toy between his teeth. He was chewing its silicon form and seemed very surprised that it was fighting back, vibrating away in his mouth. To be fair, his surprise was understandable, the device being almost as large as he is.

Wanting to avoid the embarrassment of Amanda finding Hannibal playing with a personal possession, I tried to grab the object, but thinking this was a game he took off, running first into the kitchen and then into Amanda’s basement. I gingerly followed, cursing his minute form and enormous curiousity.

It was only when I cornered Hannibal that I could wrestle the object from him, at which point I heard Amanda’s enormous feet descending the stairs. I slipped the toy into my pocket and found my way back to the living room as Amanda walked in.

“I’m so sorry to have kept you, it’s simply lovely of you to bring these things over…” There was an awkward pause. I realized Amanda was staring at my jeans.

“Really, it’s no trouble,” I said. I like to wear tight figure hugging jeans, and usually a pastel tee shirt. It’s a fairly androgynous look, and I find it works if I am not dressing in my femme style.

“Goodness,” said Amanda, unable to avert her eyes from my pants. I glanced at myself and saw the clear and defined outline of the toy. To Amanda I must have appeared extremely glad to see her.

“I should be going,” I said awkwardly, my mind racing, trying to sidle toward the door, and noticing Amanda seemed to be getting between me and the only exit.

“Oh, I don’t know,” she said. “I think I’m seeing a new side of you. I am beginning to understand what Maggie sees in you. Perhaps you want to stay a while. A drink perhaps?”

Amanda’s eyes were unashamedly devouring my groin, drawn to my physique by the enormous toy in my pocket.

“I really must go,” I said, trying to hide my aparently enormous embarrasment.

“Oh, no. Before you do, I have that book Maggie was asking to borrow. Let me get it for you!” Amanda rushed off and in a moment I had pushed the device under the sofa, and was turning to walk to the door when Hannibal realized the toy was once again in play. To Hannibal, this is a challenge, first to find it and then to run around with it until someone catches him. To my horror he scurried under the sofa and just as Amanda returned, Hannibal emerged from beneath the furniture with a powerful buzzing sound, moving backwards across the hardwood floor being quite literally vibrated around the room.

“Hannibal,” I said, feigning surprise. “What on earth have you got there?”

There was an awkward chase, culminating in Amanda relieving a strangely satisfied dachshund of the object, and I grabbed the book and headed straight for the door, leaving an embarrassed and confused Amanda to her own devices – literally.

I’d love to see you in my Premium Program soon. I think you know you’ll enjoy it.

One Reply to “Hannibal the vibrating Dachshund.”